Death and Other Girly Things

Death and Other Girly Things, written by RJ Fontaine follows the story of Pam and Paul. Pam, a young divorcee, purchases a replica of a baby’s skeleton from the 1800s. She goes viral for this, thus catching the attention of Dr. Paul Kostopolous, a professor at Yale University for funerary and mortuary studies.

The two travel across the United States interviewing women on thoughts and experiences of death and grieving. Pam’s family struggle with issues regarding trauma, sobriety, and heartbreak.

This dark-comedy covers topics and subjects such as death, trauma, drug abuse, and grief. Please use this to help select audition pieces.

Rehearsals will start on April 6, and last until late May. Rehearsals are slated to take place on Tuesdays and Thursdays, from 5:00-7:00 PM PST. The filming for this show will take place entirely remotely.

We are casting the roles of…

*Featured characters will most likely be doubled.

City or Location of call: nationwide
Please submit to: actoneproject@gmail.com
Fill out the Google Form to submit your audition: https://forms.gle/bPufxxcZWeMeCgdN8

This casting notice was posted by: The Act One Project 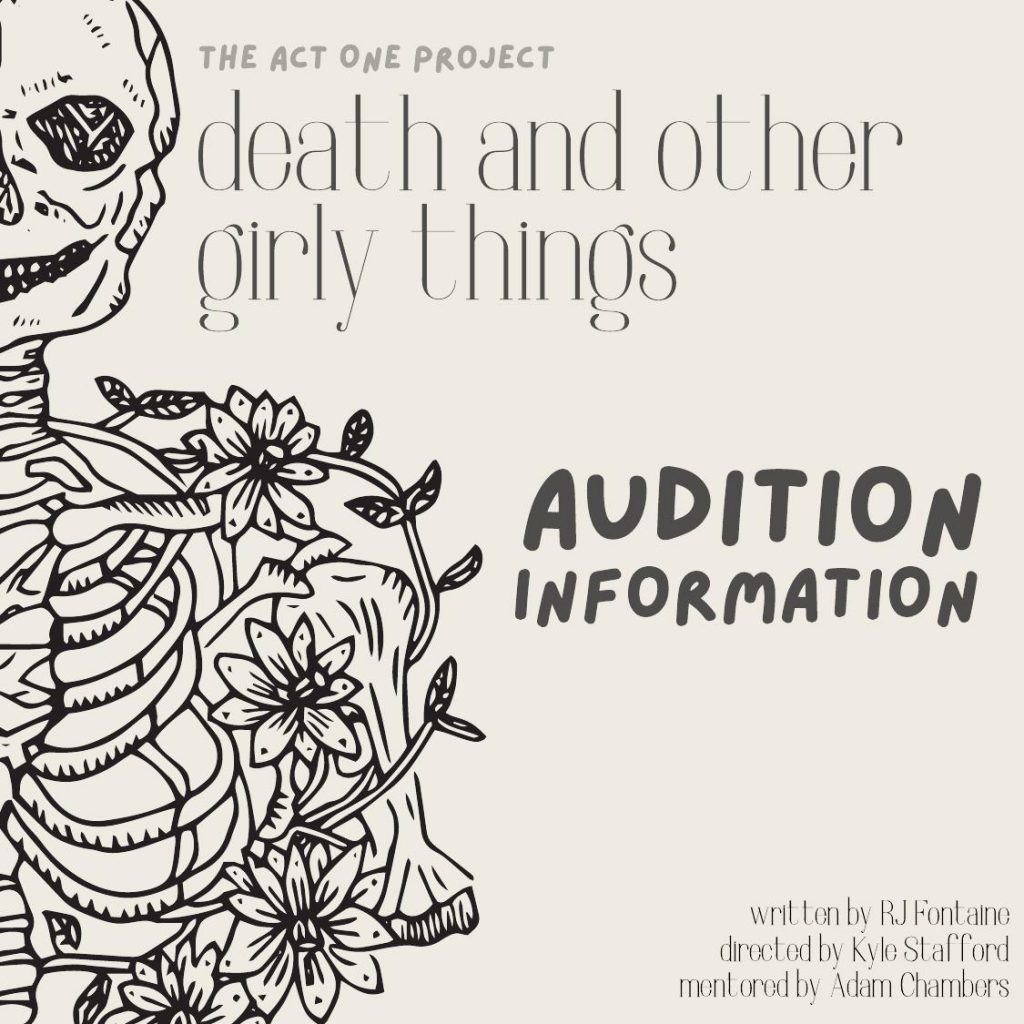