CASTING FOR IN MY BLOOD
Genre: Teen, Drama, Thriller
Logline: The Robert’s Family is far from perfect. A envious outsider wants to make sure everyone knows it. Meet the Roberts siblings; Courtney, the beautiful, but cruel cheerleader. Kacey, the cynical writer who feels like an outcast in his family. Paisley, the bland ballerina who is liked by everybody. Watch them navigate life as an anonymous stalker starts to reveal their secrets, and see their seemingly perfect image shatter.

We will be filming the pilot episode as a sort of proof of concept to earn more funding and support for the 8 episode series. If you get a role, and would like to reprise it for when we film again, please let us know. This is a personal project that me and my siblings have written and will be directing/producing/acting in. It would mean so much to have people invested in our projecting by fulfilling these roles.

ROLES AVAILABLE
Jason Roberts
Early 40s. Father of Courtney, Kacey, and Paisley. Husband to Francine Roberts. Renowned lawyer in his town. Weallhy and doing what he can to keep the family’s image up. Has high expectations for his children. Very serious and demanding. (30-45) (Male) (White)

Francine Roberts
Early 40s. Mother to Courtney, Kacey, and Paisley. Wife to Jason Roberts. Was a popular cheerleader in High School, born brunette but dyes it blonde regularly. Very optimistic and persistent on having the best for her children and husband. Works as a secretary at City Hall. Sometimes her idea of having the best for her children is confused with her idea of a perfect family. (30-45) (Female) (Blonde) (White)

Audrey Walker
15 year old, best friends with Kacey, Will, and Jude. Fascinated with the Roberts family, and has a thing for Paisley. Dark hair. Edgy, and lives in a poor part of town. Nice, but a smartass.(14-16) (Female)( Role will require temporary blue hair coloring/streaks if that’s something that you may not be on board with.)

Will Summers
15 years old, best friends with Kacey, Audrey, and Jude. His Mother and Father are divorced, lives illegally in an abandoned warehouse with his Father. Good with computers and hacking, loves gaming. Has a crush on Kacey, and drives a van.(15-17) (Male)

Jude Anderson
16 years old, best friends with Kacey, Will, and Audrey. Has had a thing for Courtney since grade school. Good with technology, and runs the Tech Club. Can play the bass, guitar, and drums. Lives in the more wealthy part of town. Jealous of the popular crowd, and would do anything for Courtney.(17-21) (Male)

Aidan Carter
16 years old. Star quarterback and dating Courtney, and is often bossed around by her. Lives with his Mother, and often seeks advice from her. Hangs with the popular crowd but feels he doesn’t fit in. Had a secret relationship with Sidney Taylor.(17-21) (Male)

Sidney Taylor
16 years old. Bullied by Courtney, Ava , and Madison. Driven to suicide after a party, and comes back as hallucination/ghost to haunt Courtney. Had a secret relationship with Aidan. Awkward but definitely unhinged.(17-21) (Female)

Ava Martinez
16 years old. Friends with Courtney, Madison, and Aidan. Apart of the cheerleading squad. Lives on the poor side of town. Popular, and bitchy but doesn’t always approve of Courtney’s cruelness. Has a soft spot for Madison.(17-21) (Female)(Hispanic)

Madison Davis
17 years old. Was held back a year. Friends with Courtney, Ava, and Aidan. Often questions her place in the friend group. Apart of the cheer squad, and is pressured to bully others. Drives herself, Ava, and Courtney to school. Feels protected by Ava.(17-21) (Female)

Henry Richardson
27 years old. Runs the Silver Oak Dance studio and is the head instructor. Starstruck by Paisley, and places her on a pedestal above the other dance students. Snappy, and attractive. People suspect he has a thing for Paisley.(25-30) (Male)

Jenson Summers
45 years old. Recently divorced, and left with no money. Lives with Will in a abandoned warehouse illegally. Constantly tired, and doesn’t try and meddle in his sons business. Has trouble keeping his job. Alcoholic. (35-45) (Male)

School Students (background/extras)
The Silver Oak student body. Geeks, jocks, preps, and just regular people. Some may be used as cheerleaders, and members of the journalism club. Will be used in scenes filmed at the school, parties, and any other place where the students of Silver Oak may be.(14-21) (Any Gender)??

Ballerinas (background/extras)
Ballerinas at the Silver Oak Dance Studio. Some will have speaking parts. Needs some dance experience. ?(14-18) (Female)

City or Location of call: Lexington, KY (KY based, shooting locations TBA)
Please submit to: journeylaneearly@gmail.com by
Headshot, resume, demo reel. If you have none of the above, then a regular photo of you will work, or even a slate. Please state in your email what roles you would like to audition for. I will send you the sides for each role. Please send back a self tape audition, and slate your name, location, and height.

This casting notice was posted by: Journey Early 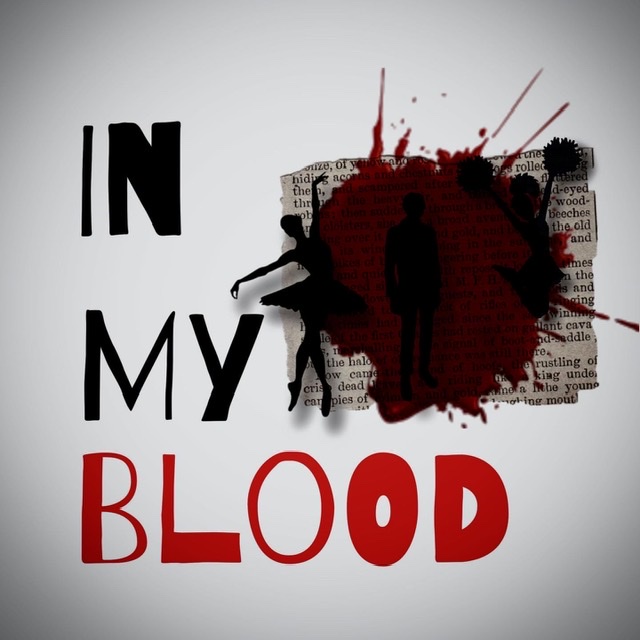 3 thoughts on “Audition in Lexington, KY for TV Pilot Episode”