Do you love history?

Are you an expert in the history of specific things such as food, weapons, wars, ancient Egypt, etc.?

The History Channel is looking for experts for a new, educational game show which is most likely about, you guessed it, history.

Are you a dynamic person with a deep knowledge of history?

If so, the casting directors for the History Channel series would love to hear about it. 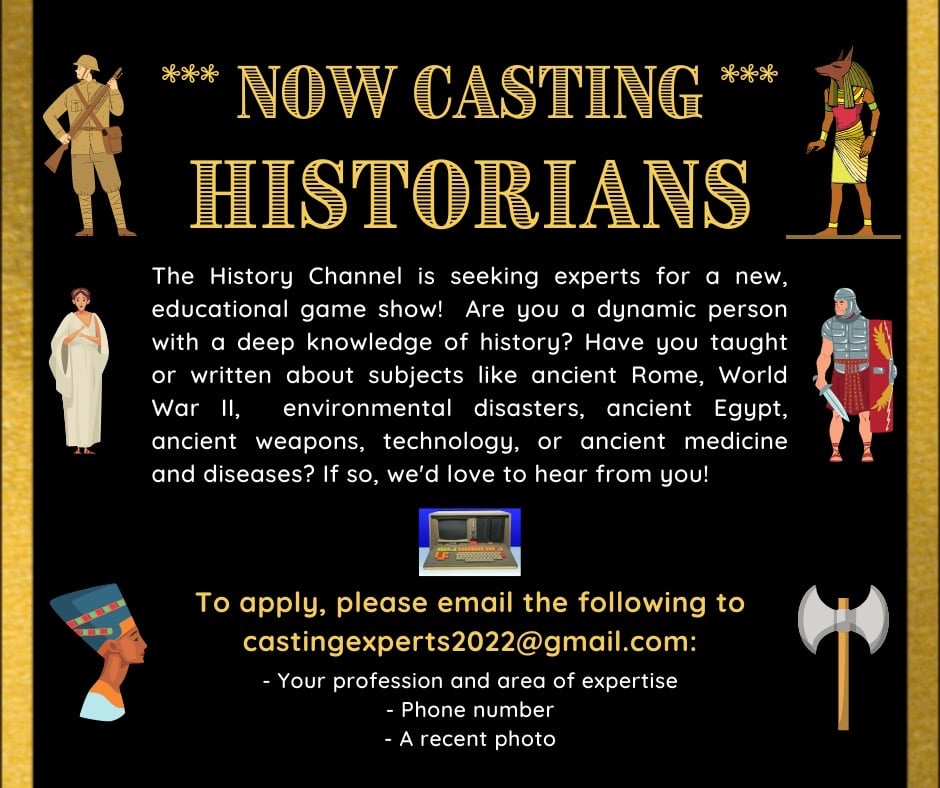