Be an TV show extra in Tulsa, Oklahoma.

The Sony television series “A Thousand Tomorrows” is now filming in the Tula Oklahoma area and residents of Oklahoma have a chance to be cast as a background actor in the show. “A Thousand Tomorrows” is based on the bestselling book by Karen Kingsbury, which is described as a faith based, family friendly project. The upcoming streaming series is backed by Affirm, who has become a leader in faith based productions.
Please note that you must be local to the area in order to be considered. The casting notice is for small, non-speaking roles in scenes that will be filmed shortly.

A THOUSAND TOMORROWS follows Cody Gunnar, a bull rider who’s willing to pay any price for a thousand more tomorrows with the person he loves more than anything else. It is an unforgettable, breathtaking love story of sacrifice, faith, and devotion that will inspire the hearts of all who see it. The series is preliminarily set for a premiere this Christmas season on the Pure Flix streaming service. 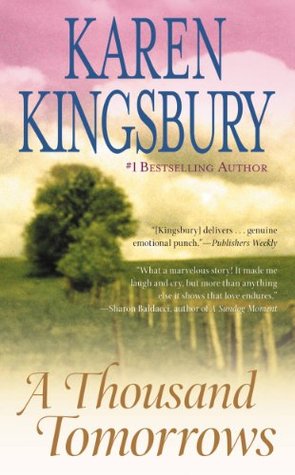 Pay for background performers is a guarantee of $100 for up to 10 hours of filming. Anything over 10 hours on a shoot day will incur overtime.

All extras will be asked to bring their own western wear. Jeans, boots, cowboy hats, western shirts, etc.

Pre-engagement COVID-19 testing is required in advance of filming. Persons must be able to get their own test up to 2 days in advance.

Producer is committed to diverse, inclusive casting. Submissions for nondescript roles will be accepted for all performers, regardless of age, sex, ethnicity, disability, race, color, national origin, religion, sexual orientation, gender expression, gender identity or any other basis protected by law.

TO SUBMIT TO THIS PROJECT
READ AND FOLLOW THE SUBMISSION INSTRUCTIONS VERY CAREFULLY.
Failure to follow the below instructions will likely result in your submission being lost, mis-filed or accidentally deleted.

– Email two photos to the casting office. Photo 1 should be a head and shoulders closeup. Photo 2 should be a full body. No hats, no sunglasses, no extreme angles or filters.
– Include all contact information including NAME, PHONE NUMBER, EMAIL ADDRESS and CITY/STATE of residence.

-Make the subject heading of your email ATT – (Name of Role) Example: ATT – DINER PATRONS
– SEND ALL PICTURES AND INFO IN ONE EMAIL. DO NOT SEND MULTIPLE EMAILS FOR THE SAME ROLE
-Send the email to submit.freihofercasting@gmail.com (If you do not send to the email address listed, your submission WILL NOT BE SEEN)
-If you are selected to appear in the project, you will be contacted by email. Check emails regularly and allow the submit.freihofercasting@gmail.com email address in your address book.
– NO PHONE CALLS