If you live in Maine, here is a chance to get cast in a small role in a movie.

The movie “The Ghost Trap” is filming in Maine this summer and there is a call out for locals to the Rockland area that have a bit of free time on their hands and would like an opportunity to work on a movie set as a paid background actor.

“The Ghost Trap” is filming through mid September in the state of Maine and the extras casting directors are in need of extras through around September 16th. This film is actually based on the novel of the same name by K. Stephens.

It tells the story of Jamie Eugley (Steiner), a young lobsterman struggling with the grinding responsibilities of a head-injured fiancée (Grammer) and a mounting trap war with a rival lobstering family. While Hook will be playing Happy, a potential love interest of the protagonist, details as to Ogg’s role haven’t been disclosed. Pic’s ensemble also includes former Miss Utah, Rachel Slawson. 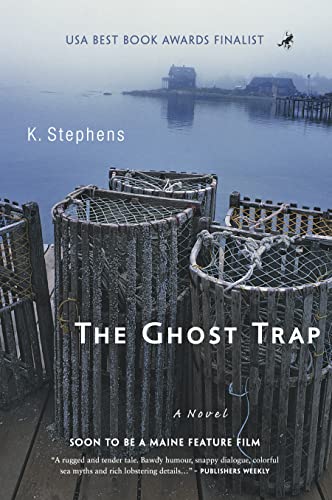 Kendall Cooper Casting MAINE database to be considered for extra work AND/OR principal work on “THE GHOST TRAP” filming in ROCKLAND, ME this summer.

Filming will be from August 22nd – September 16th in the local Rockland area. Typically each extra role will work only 1 or 2 days. Filming will generally be a 10+ hour commitment for each day of work. All extra work is paid. Local hire only, no travel or housing provided. Extras will be NON-UNION. No prior experience necessary. Please apply as soon as possible as filming starts next week!

A member of the Kendall Cooper Casting team will contact you directly if you are selected for a role. Casting will be ongoing throughout the filming schedule. So please keep an eye on your email! Please submit as soon as possible to be considered!