The theater production of “Pretty Woman” is holding virtual auditions.

Violetta:  The role is for a female in the age range of 20 to 40.  The casting team is looking for a black or indigenous actor or another ethnic group which is considered a person of color to fill the role.  While the role is an ensemble one, the casting notice states that this role will be featured in a solo during a certain sequence.  The production is looking for a singer that has a high voice in the soprano range and has the ability for belt and movement.

The production states that the role is for the production that will require touring and that the show is currently on a tour across the US.

The show and its casting directors are trying to fill the role of Violetta. Those interested are able to submit video audition, online to be considered for the role.
Pretty Woman: The Musical is a musical with music and lyrics by Bryan Adams and Jim Vallance, and a book by Garry Marshall and J. F. Lawton.

The musical is based on the 1990 film of the same name written by Lawton and directed by Marshall. It centers around a free spirited Hollywood prostitute Vivian Ward, who is hired by Edward Lewis, a wealthy businessman, to be his escort for several business and social functions, and their developing relationship over the course of her week-long stay with him.

Virtual Open Call for the featured role of Violetta on the PRETTY WOMAN Tour! 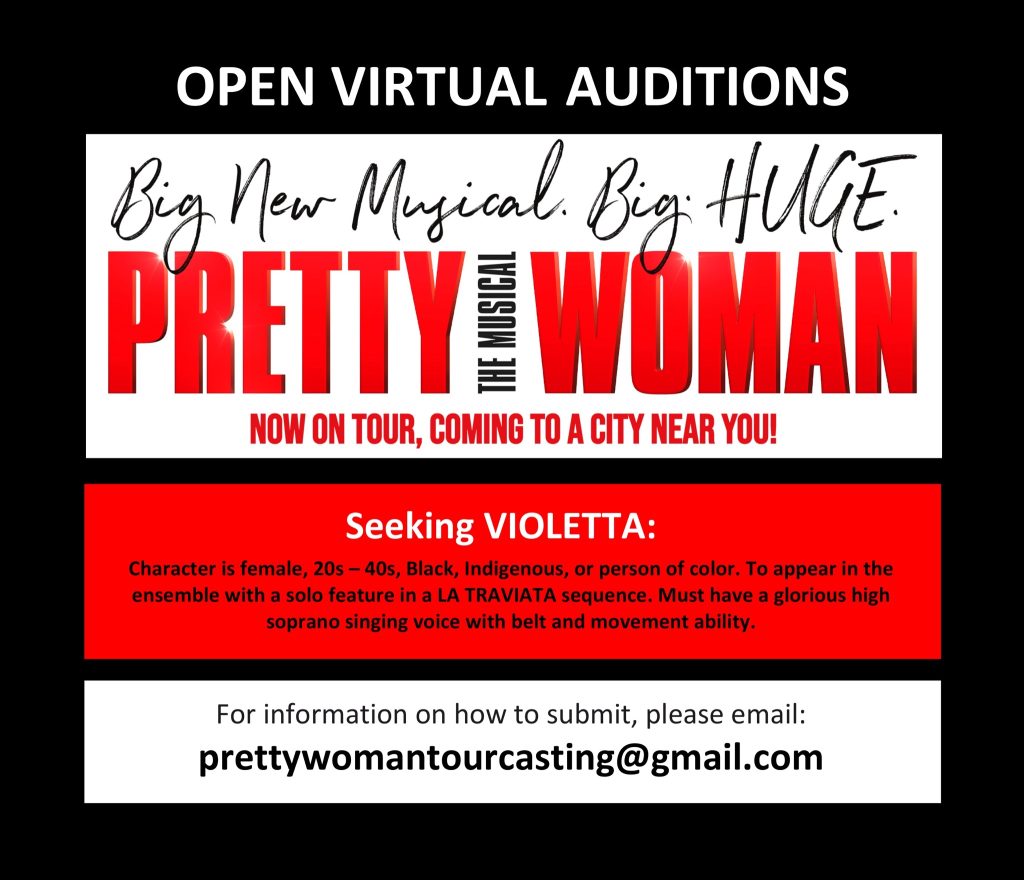