Open auditions in NYC for Teen roles in the production of “Parade.”

The show will premiere this fall at the New York City Center.

The production is seeking teen actors between the ages of 13 and 18 for the role of Mary Pahagan.

Mary Phagan: The character is female (Cis or transgender are OK) and Caucasian.  A factory worker at the National Pencil Factory who is murdered.  The character is innocent but has moments of sassiness and some playfulness.

The production is looking for a strong singer in the Mezzo, D-D range.

The production is accepting self taped auditions, meaning video auditions and are only seeking actors that are local hires, local to the New York City area as no travel expenses or housing expenses are being covered by the production.

The deadline to get your video auditions in to the casting directors for the production is this Thursday.

Actors interested may check out the audition notice on this page for the details. 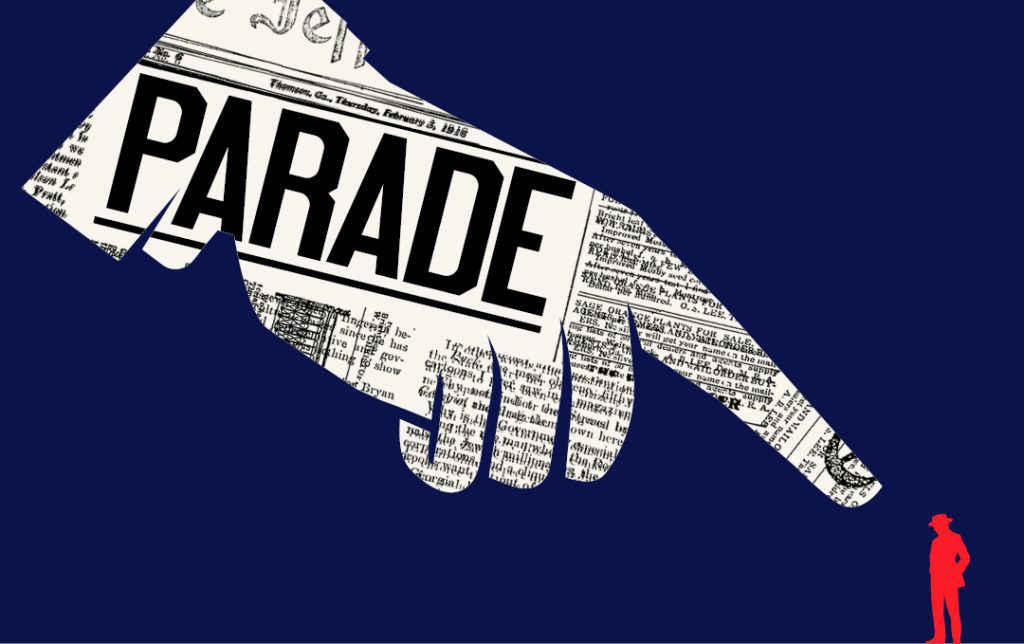 Jason Robert Brown (Songs for a New World) was a Broadway novice when legendary dramatic innovator Hal Prince approached him with an unlikely project put forth by Pulitzer Prize-winning playwright Alfred Uhry (Driving Miss Daisy): a musical interpretation of the 1913 trial, conviction, legal appeal, and eventual lynching of Jewish factory manager Leo Frank in Marietta, Georgia. Brown and Uhry both won Tony Awards for their juxtaposition of brutal historical detail with hauntingly pastoral lyricism, but the production itself closed after just 84 performances.

OPEN AUDITIONS for the role of Mary Phagan in PARADE at New York City Center! 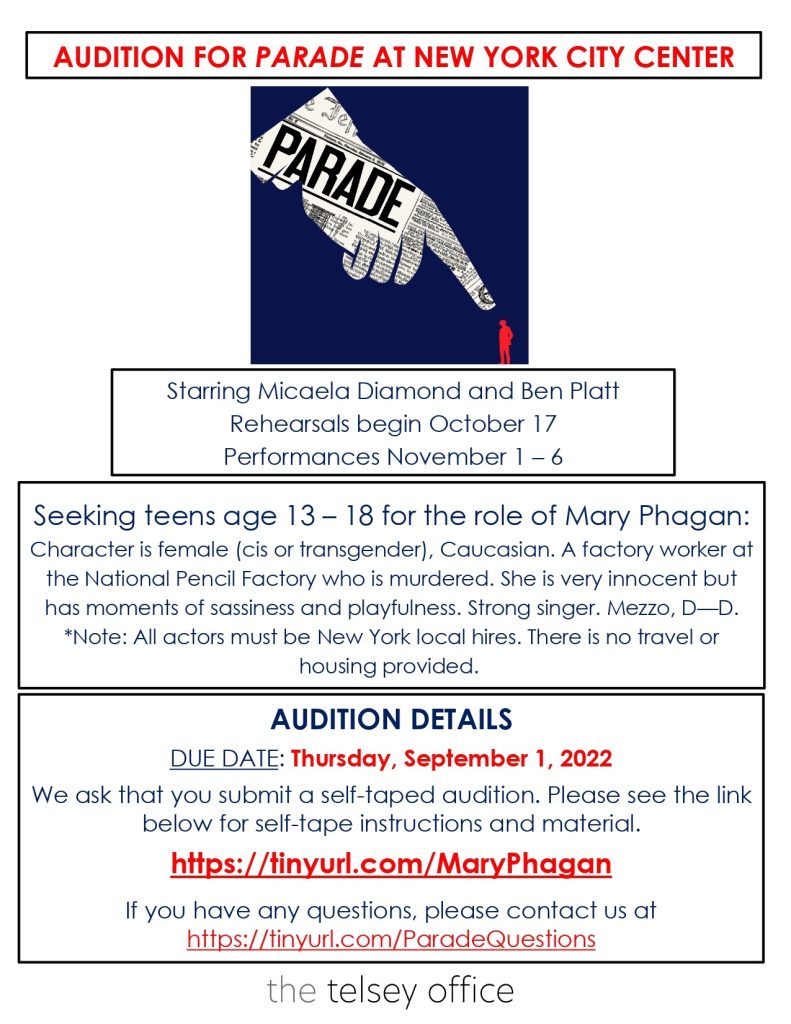