Local, Non-Equity performers for various roles and ensemble in the upcoming 2023 productions of THE FULL MONTY and 42nd STREET. See breakdown for details.
Paid.

Prepare 32 bars of a musical theatre song in the style of the show you are auditioning for. Bring sheet music. An accompanist is provided but may not transpose. You may be asked to sing another selection or from the score. You may be asked to dance. Bring appropriate clothing and shoes. Please bring 1 copy of your picture/resume, glued or stapled together.

Do not call the LPAC box office with questions regarding these auditions.

Please email headshot and resume to ursuacasting@gmail.com with a message stating preferred time. Performers of all ethnic and racial background are encouraged to attend. 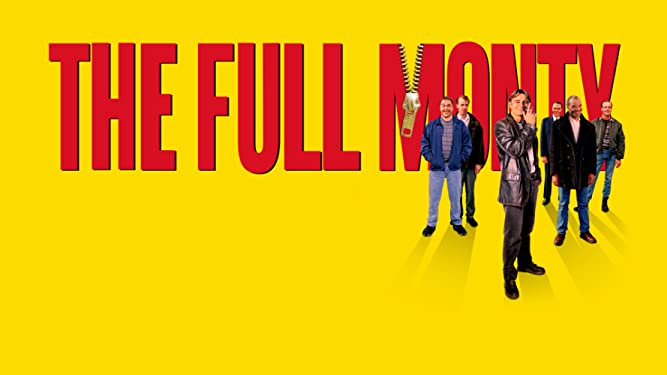 A raucous, pop-rock musical send-up of gender expectations and stereotypes…that takes it all off. A group of unemployed steelworkers in Buffalo, New York come together to raise money by taking off their clothes in a one-night performance, emulating the touring Chippendales-style companies that have bewitched the town’s working women. Down on their luck and emasculated by the women in their lives, the men overcome body issues, sexist views, bigotry, and plain old fear to find strength and confidence in each other, ultimately taking it all off with pride.

[PAM LUKOWSKI]: female, 25-35, Jerry’s estranged wife and high school sweetheart; has clear blue-collar roots…but her smarts and determination are moving her up the management ladder; no nonsense…but still has a “mom’s” warmth and compassion; alto/mezzo with belt.

[DAVE BUKATINSKY]: male, 30-40, Jerry’s best friend and fellow unemployed mill worker; self-conscious about his size (Dave is a big guy…meaning his belly is a prominent feature); the definitive sidekick…still a man’s man but a follower not a leader; seeking an overweight comic singing actor with tons of likability and surprising vulnerability; tenor with strong falsetto. Role will require nudity. Must be comfortable enough with your belly to proudly wield it in all its glory.

[HAROLD NICHOLS]: male, age 35-45, unemployed mill supervisor; becomes Hot Metal’s choreographer by virtue of his ballroom training so some dance is good; the only “white collar” guy in our bunch; a snob who eventually becomes one of the guys; high baritone/tenor. Role will require nudity.

[VICKI NICHOLS]: female, age 30-40, Harold’s wife…adores Harold and loves the finer things in life his job affords them; seeking a fun, seemingly silly actress who makes us laugh at her over the top vocals and antics…and also surprises us with her classy support for her struggling husband; high alto/broad mezzo belter.

[ETHAN GIRARD]: male, age 25-35, unemployed mill worker; lonely; has a blind determination and confidence to succeed; a little eccentric, but very likable; surprised and quietly delighted by his connection with Malcolm; seeking actor in complete physical charge of his body and with no fear (attempts to run up the wall of the proscenium… unsuccessfully…for most of the show); high baritone/tenor. Role will require nudity.

[NOAH “HORSE” T. SIMMONS]: male, black, age 50-60, retired mill worker…“grumpy old man” who surprises us with his explosive dance moves; seeking big, winning personality who has the moves authentically inside him and ready to show them; baritone/tenor. Role will require nudity.

[BUDDY “KENO” WALSH]: male, age 25-40, the male stripper who makes the girls scream; seeking a dancer with a killer body who has serious acting chops; doubles in smaller roles throughout. Must be comfortable dancing in a G-string.

*If you are auditioning for Jerry, Dave, Malcolm, Ethan, Harold, Horse or Keno, you need to be comfortable enough to perform on stage in your underwear, a G-string and eventually, “the Full Monty” to be considered for these roles. Trust is a key word for our production – you will be taken care of respectfully and our final moment will be powerful, yet careful. Wear clothing to auditions that reveals your overall body shape accurately. You will not need to undress at the audition.

Please email headshot and resume to ursuacasting@gmail.com with a message stating preferred time. Performers of all ethnic and racial background are encouraged to attend.