Bururet Collective is seeking performers for a production of an original short play at the Hamilton Fringe Festival. https://www.bururet.ca/

We encourage performers of all ages, backgrounds, gender identities and abilities to apply. Applicants may audition for a particular role or can be considered for any role.
Submit your video audition submit via self-tape to: bururetcollective@gmail.com by May 31st. Submit a monologue of your choice.

Rehearsals: (in Toronto) mid-June-mid July: Confirmed rehearsals at Red Sandcastle Theatre on June 27, 30th and July 12, 15th (afternoon). Other rehearsals if needed would be flexible, locations TBD. Tech rehearsals (in Hamilton) July 17-20 (our date hasn’t been confirmed – probably just one of those days)

Compensation: $17/hr (rehearsal and performance sessions, not including travel)
Play: This coast was new is a story about Toronto, import food stores, and the many ways that places we love can hurt us. It’s a project on a diaspora’s process of evaluating what has been lost, how to conjure it up, and how to say goodbye. The immigrant process of healing from displacement, and in many cases the long-term effects of colonialism is an existence where nothing is ever fully familiar. The characters reveal differing ways of dealing with the aftereffects of exile- How much do let it bother you? What solutions do you accept?

A conflict between a more recently arrived relative, and their cousin who migrated long ago as a child, and is in a different stage of processing the loss and growth that comes with that.

Characters:
Shopkeeper: A pleasant but aloof English-Canadian (several generations) who runs a restaurant serving food from an international cuisine
Employee: Works at the restaurant and is from the place where the restaurant’s cuisine is from. They arrived to Canada around 1-2 years ago and are beginning to feel comfortable, while maintaining a clear concept of who they are and the norms of their place of origin.
Cousin: The employee’s cousin. They arrived to Canada as a child (~30 years ago) and have thought more about what is gained and lost after a migration. They are struggling to develop a connection with their cousin who grew up separately and who they rarely visited. The family is from a place that is beautiful but difficult.
Customer: The cousin’s ex-partner. They also arrived to Canada as a child, from a different place, but are more connected to their diaspora and the people back home. They are comfortable with performative symbolism of their traditions and are not struggling as much with that disconnect.

This casting notice was posted by: Bururet Collective 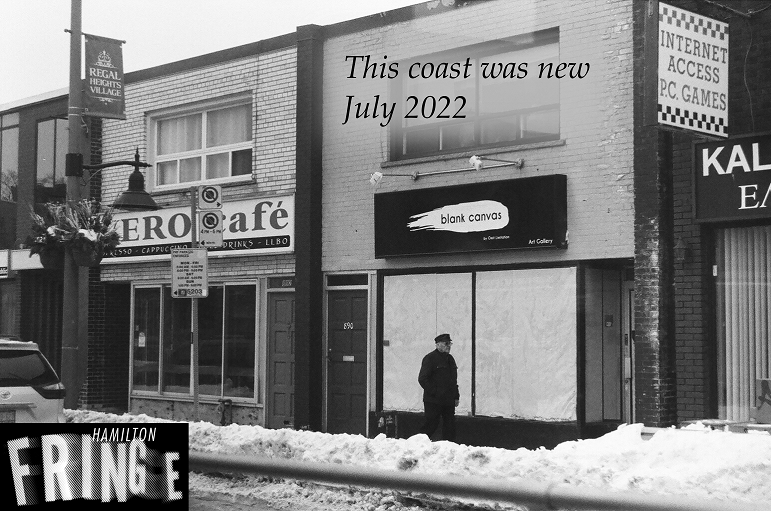