The long awaited Top Model auditions are here. Cycle 20 is casting now and will continue casting through December. 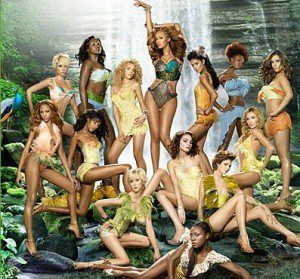 The CW is bringing back the hit modeling reality show for yet another season, so models, start practicing your walk and fierce poses because auditions for Cycle 20 are coming up fast.

As always, the shows casting schedule takes them nationwide, through large cities and small towns, looking for the next big star in high fashion modeling.

For anyone who may have been living on another planet for the last 19 cycles / seasons, AMERICA’S NEXT TOP MODEL is a reality series hosted and produced by Tyra Banks. The show searches for up and coming models all over the U.S. and gives those lucky models the opportunity of a lifetime to compete on a national TV reality show. At stake for the models is a chance of a lifetime modeling contract and agent representation. ANTM has a panel of experts from the fashion world who will evaluate the model’s performance and ultimately crown the winner, America’s Next Top Model. Every week the show gives the models challenges with the weakest performer having to go home.

Unlike the last casting cycle that only accepted college students, cycle 20 is open to everyone and I mean everyone, including the boys. For the first time in the modeling shows history, producers are looking for male and female models to make up the 2013 cast.

The show will film beginning in February and running into March of 2013. Any models chosen to be on the show must have a schedule that is open during those months to allow for filming. Models are also going to have to be OK with being filmed while at the house.

As before the same age, and height requirements apply to be eligible to be on ANTM.

All Top Model applicants must be 18 to 27 years of age when they apply to be on the show or submit their applications. Also, the height requirements are – women must be at least 5’7″ and men must be at least 5’10”. This will not be a petite model cycle but producers do reserve the right to make exceptions as they see fit.

All applicants must be U.S. citizens who are in great physical shape.

Tyra Banks and Top Model are now casting for the brand new season that will air in 2013. As expected, more dates for open castings have been announced.

You can also check out the rest on the America’s Next Top Model 2013 open casting calls and tryouts.

The Top Model Tryouts 2013 (ANTM) page has been updated with new cities!

4 thoughts on “Americas Next To Model Auditions for Cycle 20”