Morgan Spurlock, the controversial filmmaker behind such films as One Direction: This is Us , Supersize Me, and The greatest movie ever sold is casting for a new documentary film project about tweens that are having a hard time fitting in at school, socially or culturally.

Morgan Spurlock is an American documentary filmmaker, humorist, television producer, screenwriter, political activist, and casting director… for his own projects.

Applications for the show are being taken online in the form of video audition. 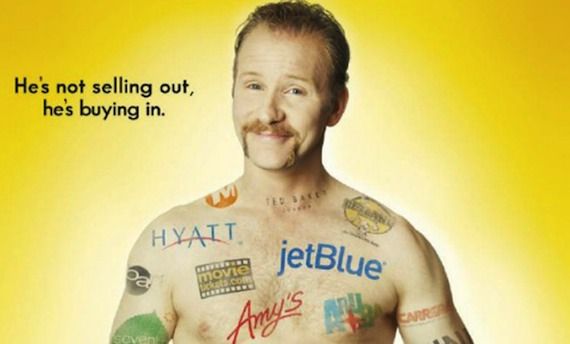 Do you have a tween that walks to the beat of her own drum and is often misunderstood by her peers? Do classmates poke fun at your child for being one of the bigger students in his class, even though he’s a healthy and happy kid? Is your child incredibly intelligent or creative but just doesn’t fit in with other kids her own age? Is your tween a recent immigrant struggling to navigate American culture without abandoning his native culture?

If you feel your tween child has an interesting story to tell and would be comfortable sharing it, then we want to hear from you!

Morgan Spurlock (One Direction: This is Us, Supersize Me) and a popular children’s cable network are currently casting a documentary project about middle school students who feel like they “just don’t fit in.” We are specifically looking for suburban students in the continental U.S. between the ages of 10-13. If selected to participate, we would film with your child for approximately three days in January/February 2014.

This series takes an inside look at the lives of tweens in America. We are giving a select few kids the unique opportunity to share their stories with the world and to inspire other kids by showing them that they’re not alone as they navigate these exciting but sometimes awkward years.

You must live in a suburban area of the continental US
To apply visit  www.wpcasting.net or if you have questions, please email us at wpcasting@warrior-poets.com.