The Walt Disney Company will be producing their spectacular Lion King show and have issued open casting calls for singers and performers in Atlanta, Orlando and New York. Auditions are for the 2014 production of the show based on the Lion King musical and features music from the film.

Festival Of The Lion King

Please note that call backs will be held at a later date for performers that are chosen to move on in the audition process.

Seeking
Male and female vocalists for Festival of the Lion King, an African-inspired celebration of the music from the animated feature film. 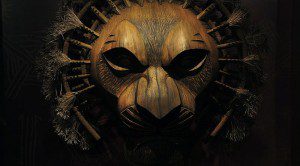 Disney Parks Talent Casting is seeking male and female vocalists for Festival of the Lion King, an African-inspired celebration of the music from the animated feature film. This original musical theatre production will be performed live in the NEW state of the art, indoor, 1500 seat theatre-in-the-round in Disney’s Animal Kingdom® at the Walt Disney World Resort® near Orlando, FL. This large scale, high energy production features singers, dancers, gymnasts and specialty performers. We are especially seeking performers with a diverse look for full time and part time positions beginning in April 2014.

KIUME
The Leader. Must have a strong and powerful presence; Male resonant baritone/bass. 5’10 – 6’2

ZAWADI
The Gift. ‘Mother Earth’ to all who know her. Female gospel mezzo-soprano with high belt. 5’5-5’8

All performers must prepare 16 bars of a musical selection and provide sheet music in correct key for accompanist. Provide current headshot and a resume. Performers must be at least 18 years old.

This is a contract job for performers