The Disney parks is looking to cast the role of Aladdin in the Broadway caliber live show, Disney’s Aladdin – A Musical Spectacular. The musical runs at the California Adventure theme park in Southern California and auditions are being held in San Diego. 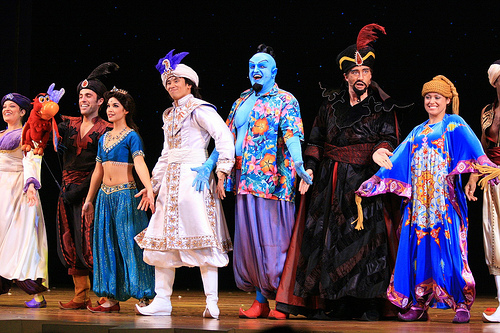 This is an audition for a 12 month contract position with Disney Parks. The show will run in the stare of the art Hyperion Theater at Disney’s California Adventure theme park. All performers auditioning must be at least 18 years of age. The ideal candidate for the role will be 5’7”-5’11” and able to play an 18 year old Aladdin.

Auditions for the role will take place in La Mesa, CA at the Academy of Performing Arts in San Diego, California on November 18th.

Performers must be at least 18 years of age to audition. Contract runs approximately twelve months.

What to prepare:
Prepare 16 bars of a contemporary musical theatre selection showing vocal versatility and range; you may sing from the show. Bring sheet music in your key, an accompanist will be provided.
Be prepared for a possible movement evaluation.
Bring a current headshot and resume.
Entertainers for this show are covered under the terms and conditions of a collective bargaining agreement with the American Guild of Variety Artists (AGVA). If you are not a current member of AGVA, you will be required to join the union.

About the show:
Be amazed by the fantastic effects, incredible dance numbers, impressive sets, imaginative pageantry and the skilled puppetry that brings beloved Characters, such as the bird Iago, to life. 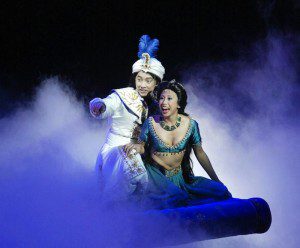