The Indie feature film, The List is casting 3 leads, 2 females 25 to 30 and a male 18 to 20. Please see the character descriptions below.

Film is being produced by Merritt Films.
Auditions and filming will take place in the New England area.

The List is about a girl name Caroline that gets sucked into killing people for a living.
Caroline- (25-30’s) Very sweet beautiful girl. Would do anything for anyone.
Scott- (25-30’s) He is jaded from the game. Killing isn’t a hard thing for him to do anymore.
Diana- (18-20’s) Has a dark side. But loves Rachel very much. Has been working with Scott from the beginning.
please email headshot and resume to Rob or Carly at  Merritt Films auditions@merrittfilms.com

About the film:
The List is about a girl name Caroline that gets sucked into killing people for a living.
The Leader is a ruthless person. They give everyone in the game a box with a gun, ammo, a list of people to kill and a bomb vest. The bomb vest is to ensure that they will get the job done.. The vest gives you 24 hours to kill your kill. Each target person is placed in a location bound and gagged with a heart monitor and a box with a key inside of it. In order to deactivate the bomb vest you need the key and the only way to get the key is to shoot your target in the head and when the heart monitor flatlines the key will pop out of the box and you can deactivate your bomb vest. 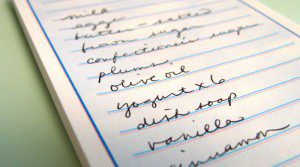 Caroline- (25-30’s) Very sweet beautiful girl. Would do anything for anyone. Undergoes
a huge personality change after she kills someone.

Scott- (25-30’s) He is jaded from the game. Killing isn’t a hard thing for him to do anymore.
He is in love with Caroline. Underneath his strong exterior he’s really very sweet. But has a level of danger.

Derrick- (35-40’s) Derrick is a slimeball. He plays a huge part in Caroline’s break down.
He a huge villain. He makes life very hard for the 4 main characters.

Diana- (18-20’s) Has a dark side. But loves Rachel very mch. Has been working with Scott from the beginning.

Casey- (30’s) Could be male or female. Casey is Caroline’s friend. Sweet exterior.

Nicole- (25ish) Is the reason for Caroline being pushed into Scott’s arms.

Detective Carpenter- (50’s) Is very sharp bright man. Maybe too smart. Watch out for this guy.

One thought on “New England Area auditions for film “The List””