The 2014 season of the Gordon Ramsay TV cooking contest will be holding open auditions shortly. Open auditions nationwide will begin in October and go on through November.

Award-winning chef Gordon Ramsay, restaurateur Joe Bastianich and chef Graham Elliot are back as the judges on MASTERCHEF. The group will put the food amateurs through a cooking competition that will turn one cook into a MasterChef!

Do you have the cooking skills and ambition to be the next Master Chef. If so, you can come tryout for the show in Phoenix, Chicago, New Orleans, Houston, Kansas City, Orlando, Denver, New York or Los Angeles.

The nationwide search is on for the best cooks in America. Not professional chefs, this show is for great cooks from all walks of life.

Calling all amateur cooks and foodies! This show is only for people who have never worked as a professional chef or cook in any type of environment such as restaurant, food truck, hotel. Basically, you have never made an income from your passion for food. You also need to be at least 18 years old and a US citizen to qualify. 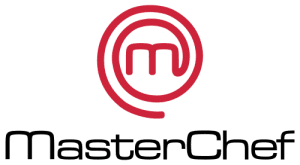 If coming to the auditions, you must bring a dish that you have already prepared with you for the judges to try. The audition location will not have a kitchen for you to use so you must bring your dish ready to go. There will be no warming of food at the event. You will be given a few minutes to get your presentation ready and plate your dish.

The list of open calls for the show is below. Some locations have not been announced yet and more cities may be added at a later date.

OPEN CALLS ARE FROM 10AM to 6PM

Parking: Discounted on site for $10. Just say you’re there for MasterChef. Multiple other options too

Parking: Discounted on site for $15. Just say you’re there for MasterChef. Multiple other options too

Parking: On site for $17. Multiple other options too.

Parking: Discounted on site for $10. Multiple other options too.

Parking: Discounted on site for $7. Multiple other options too.