The movie “John Wick” Starring Keanu Reeves is now filming in New York City and the production is casting Russian extras for a scene they will be filming in early October.

“John Wick” is a revenge / action flick where Keanu Reeves (John Wick) plays a hitman who sees red after some events that involve his car and dog. John Wick is a former hitman whose car gets targeted and stolen by car thieves. During the theft, his poor dog gets it too and the dog is very sentimental to him as it was given to him by his wife who passed away. John, tracks down the the dog killing thief and comes to find out that it opens up a can of worms because the thiefs family is connected to the mob and now they are all out to get him.

The movie is in production now and will be released in the United States in 2014.

Grant Wilfley Casting of New York is looking for Russians! 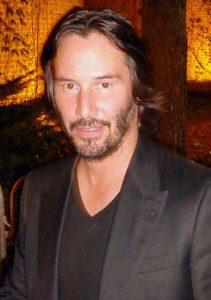 Please only apply to this if you fit the above specs, Russian and living in New York, available to film in early October. Filming will be an all day commitment and all extras will be paid.