The fourth installment of the Paramount Pictures / Michael Bay blockbuster “Transformers” is now filming in Austin Texas and production is looking for some very specific extras. The casting company is looking for Austin locals ONLY that have some junky cars. The casting call specifies “the more rusty and beat up the better”.

The new film does not follow the human cast of the previous three. In Transformers 4 the Autobots return 4 years later and new characters are introduced. Shia LaBeouf is out and Mark Wahlberg is in as Flynn Vincent. The female lead is played by Nicola Peltz who plays Flynn’s daughter. The movie also stars Jack Reynor, Stanley Tucci and Kelsey Grammer.

The movie will bring back Peter Cullen as Optimus Prime. Bumblebee will also be in the film as will some new Transformers.

Third Coast Extras of Austin, TX put out the following casting call for extras, please only submit if you fit the criteria (i.e. have a clunker and live in Austin)

Third Coast Extras is seeking Extras ages 18-80s w/ beat-up OLDER MODEL American- made Cars, Trucks and SUVS to work as “Drivers” on the TRANSFORMERS 4 on both Wednesday, June 19th and Thursday, June 20th on location outside of Austin, TX. Only vehicles that are NOT black, NOT red, and not WHITE can be used on this film. And “older” vehicles in this case means vehicles at least 15 years old or older. The more rusty and beat up the better. But needs to run so you can drive it in scenes.
Pay is $60/8 hr (if the shoot goes over 8 hours it’ll be time + 1/2 overtime pay) and an extra $20 if you drive car on camera. Must clear day/night schedule for both dates.
To submit email us at: thirdcoastextras@gmail.com with subject heading “T4 old car 6/19-6/20? and follow directions below:
Include name, age, phone #, height/weight. Attach clear, current photos of yourself including a full length photo. Include the make/model/year/color of your vehicle and attach photo of vehicle. If you have prior experience driving on set as an Extra describe this.
IMPORTANT: Must have a valid driver’s license, be able to follow a crew’s directions driving on set, and live in (or at least nearby) to Austin, TX. Please don’t submit if you’re not local to Central Texas. 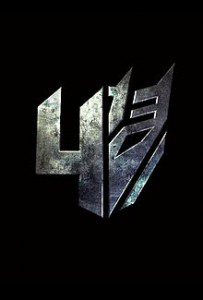