Texas casting directors are looking across the state for a Filipino actress to star in a Feature Film titled “Yellow Rose“. They are specifically looking for a Filipino female that is between the ages of 13 and 20 to play the role of Rosario Garcia who’s character is described as a spitfire who has become to feel alienated from her Filipino culture and her mother.

Casting directors for the film are Burton Casting in Texas. They are doing a statewide talent search to fill the role and find the girl who can play Rosario Garcia in the SAG feature film “Yellow Rose”.

In a recent interview with casting directors Brad Burton and Kimberly Williams , the pair stated  “With the amazing talent right here in Texas, we are hoping to find that diamond in the rough right in our backyard.”

Yellow Rose is a coming-of age feature film about Rose Garcia, a spunky 15 year old Filipina-American, who dreams of one day being a country music singer. She spends her days at the local record store and her nights writing tunes with her guitar despite the ridicule of everyone around her. But when her mother gets arrested by the Immigration authorities, Rose must find a way to use her music to keep her dreams alive and enlists the help of washed up country singer Jimmy Redburn and en emo teen Elliot.

Musical skills are a huge plus for this character (singing, guitar, violin etc.). She is a spitfire but a highly insecure young woman. Her ambition sometimes gets the better part of her. Even when people taunt her and call her “YELLOW ROSE,” she becomes more defiant. She loves her mother but also feels alienated from her and the entire Filipino culture. She’s a Texan through and through, and her worst nightmare is to be shipped back to the Philippines. When she was a little girl her father gave her a guitar and ever since then she has seen herself being the new Loretta Lynn. While she loves Texas and everything about it, the problem is that Texas doesn’t really love her back. 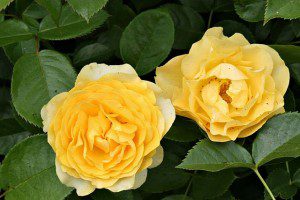 If you don’t fit the above description but know someone who does, please help spread the word about this great project. This is an amazing opportunity for a young actress and finding the right star is of utter importance.

For more information about the film, please visit:
www.yellowrosefilm.com

Audition dates and exact shoot dates are still TBD but we will most likely hold auditions in Austin, TX during the first week of April. We are also accepting taped auditions if you do not live in the Austin area.

To submit, please email a photo and your contact info to:
burtoncasting@gmail.com