TURN will premiere on AMC shortly and there are a few more episodes left to film for the show’s first season. Turn is the new Revolutionary war drama about an unlikely spy ring during the revolutionary war.

The shows casting directors are seeking more men and women who may look like they belong in that period of time. Men and women should have long hair and a natural look about them. No visible tattoos, piercings, eye glasses, etc. You can check out the series trailer below to get an idea of what the people look like.

Arvold Casting is seeking local (Virginia) background for an upcoming episode to film between March 5th to March 14th.

MEN (especially with long hair) who look proper to the Revolutionary War period. Beards were not popular during the Revolutionary War, and so nearly all of our male roles require men to be clean shaven. Hair long enough to be pulled back into a ponytail (even if there is no actual ponytail beyond that) is very highly desirable. Please note in your submission if you can clean fish or tie knots such as the running bowline, tarbuck knot, and/or slip knot.

The Revolutionary War happened over 230 years ago, and we need background characters who look like they are from that time period. Therefore no visible tattoos and no braces. Hair should look natural, NOT processed or colored. Eyebrows should be natural, NOT modern and plucked. Teeth should look natural and real, NOT noticeably capped or modern. Long hair in both sexes is highly desirable. Ability to see/function without physically wearing eyeglasses is needed (contacts are okay).

For more information on the show, Arvold casting and how to apply for the roles please see this link. 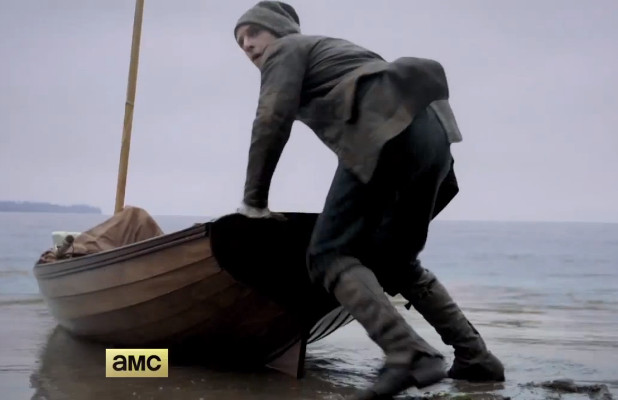 AMC Turn Promo trailer, plus you can see other trailers at AMC

Season 1 of TURN will premiere on Sunday, April 6th at 9PM. The first televised episode will be 90 minutes long.