Do you want to escape the undead?

Extras wanted in NY to play people running from the undead zombie of Babylon Fields!

The pilot for a new zombie TV series “Babylon Fields” is now filming in Long Island and casting directors at Grant Wilfley Casting are looking to book paid background actors for the show.

Virginia Madsen has the lead role in “Babylon Fields“. Madsen will be playing the mom to a scientist who works at the CDC. The show is set in Babylon NY which also happens to be a place where people do not actually stay dead when they die. The zombies in this show are not mindless looking to eat brains, they are coming back with a purpose.

“Babylon Fields” is described by Deadline.com as a sardonic drama, in Babylon Fields, the dead are rising in Babylon, NY, and as a result, lives are regained, old wounds are reopened and families are restored — for better or worse. The newly regenerated bodies are healing faster and growing stronger than anyone else leading to the suspicion that they might be the next step in human evolution.

Long Island area or within close distance only because this is for work this week. 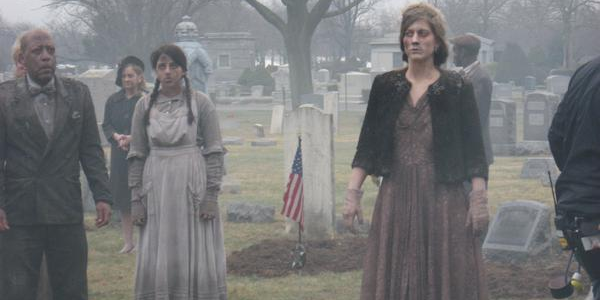