Bella Thorne will be having a new movie coming out very soon.

Bella is now filming “The Duff” in the Atlanta area and the film’s casting directors have released a casting call for several roles. The scene will be filming in Atlanta next week, on the 2nd. They are casting for a very handsome, blond young man between the ages of 18 and his early 20’s., a few mom types, some businessmen types and a few senior citizens.

“The Duff” (designated ugly fat friend), is a teen movie about a high school student named Bianca. Bianca’s high school world gets turned on its side when she learns that she’s been labeled a Duff (designated ugly fat friend), by the popular girls at her school.  Bianca does not like her new and mean nickname at all and will not take being called D.U.F.F.,  laying down, she will fight back for un-popular girls everywhere. Bianca starts a campaign of re-invention as she is determined to not let the the evil popular girls win and call her Duffy.

The Duff is based on the novel by Kody Kiplinger about high school girls and for those who are not familiar with the novel, “The D.u.f.f” stands for (designated ugly fat friend). CBS if producing the new film with Ari Sandel directing and Josh A. Cagan writing the script. 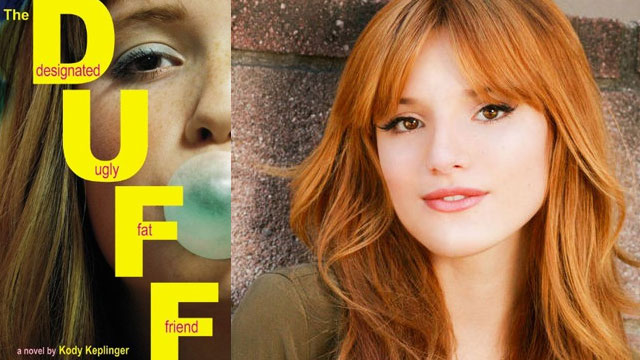 Here is the casting notice (ECA):

Upcoming next week for Monday 6/2 we are looking for a super handsome male – 18 to early 20’s that is blond — Also looking for a few men and women – 70’s – 80’s – A male and female business type in their 30’s to 40’s and a couple of mom’s with their own strollers — Then for Tuesday and Wednesday – good looking guys and girls 18 – 20’s for a couple of specific roles — Please email a recent photo, age, clothing sizes and all contact info to: duffextras@gmail.com ASAP