Edge of Your Seat – Casting Call

Synopsis – A man invents a chair for watching movies which emulates the protagonist’s emotion. He tests it on himself in the hopes of leaving a footprint in cinema history.

The movie has a movie within it.

Sammy Benthis (25-34) – The protagonist. A failed director turned inventor. Inspired by real-life William Castle (the gimmick filmmaker), he strives to improve cinema and make it more than a 2d sit-down experience. This role will include acting while sitting in the chair device and reacting to stimuli within the movie that he’s watching. This isn’t all he does, but it will be a large portion of the role. Must also be comfortable with doing minor stunts.

Mina (21-32) – Loyal friend and assistant to Sammy. Has worked with him for years despite his lack of success. Looks out for Sammy when no one else will. She keeps herself contained most of the time, but when pushed to her limit she is a force to be reckoned with. This role requires one short scene wearing a bra and underwear. The following scenes after the character will have a button down shirt to wear, but still no pants.

Ben Fasters (22-32) – A fashionable journalist who has found a good source of material out of Sammy’s consistent failures. He serves as a personal tormentor for Sammy and doesn’t care about what Sammy goes through. Despite his confident demeanor, he is spineless when confronted. This role also includes playing the “monster” in the movie within the movie. The character is convinced he’s a cross-dressing vampire. The ability to hiss will be appreciated for this role.

Witz (50-80) – More asshole than man. Witz has a scientific and engineering background. He wears a yellow raincoat all days of the year and rundown sneakers. He helps Sammy design the device, but could care less about the success or safety of it. He has weak morals and prefers to entertain himself than do the right thing. Witz will also be the Vampire Hunter in the movie within the movie. Pretty much the same personality, but in a vampire hunting outfit. 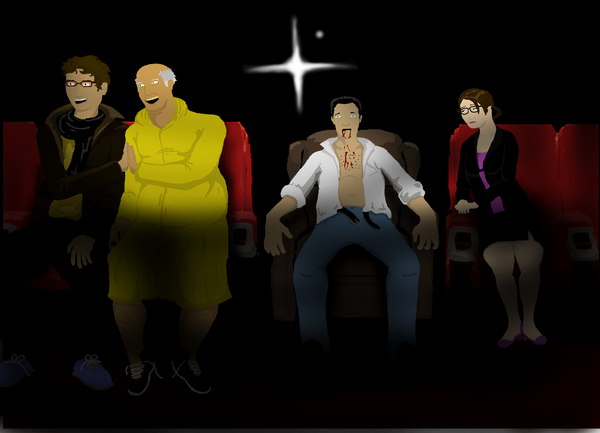 City or Location of call: Boston

This casting notice was posted by: Paul Mazzotta