Disney Cruises has open positions for singers / actors for shows running on board their ships.

Performers interested in getting a role in one of the Disney shows can attend the open call which will be held tomorrow in Chicago and in Los Angeles. The musical theatre type shows have 19 open roles. This is for a contract position on board one of their ships with rehearsals to be held in Toronto Canada from January 2015 to May 2015. The on board performance contract will run through December of 2015.

Talent selected at the auditions will receive competitive pay and room / board on one of their ocean liners traveling to the Caribbean, Iceland, Europe and the Mediterranean. This could be an amazing opportunity for performers to travel the world while doing what they love… performing. Please see the list of roles listed below as well as the Disney audition information. 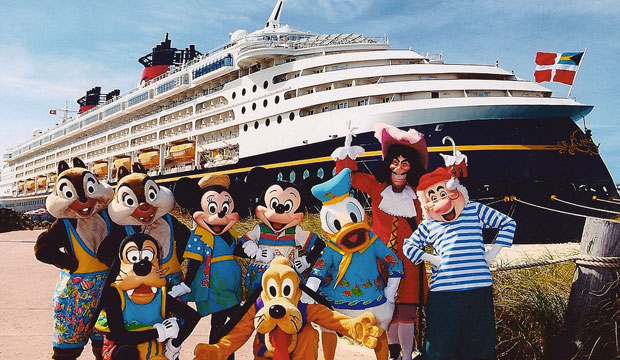 Along with our Artistic and Production Director, Ed Whitlow, we will be hiring a repertory company of 19 performers to portray roles in each of our musical theatre style shows. Rehearsal in Toronto, Canada, January 28 to May 15, with onboard performance contract ending December 13, 2015.

RAPUNZEL: 18 years old, strong singer. Beautiful and bold, with 70 feet of golden blonde hair, she is spirited, smart and adventurous. Although she has been contained in a tower for her entire life, Rapunzel is eager to break out, to see the world – and to uncover the mystery behind the floating lanterns she sees every year on her birthday. Actress should have a genuine innocence and inner strength.
*Also to portray various roles within the repertory.

FLYNN RIDER: Early 20s, strong singer. Flynn is a handsome, virile, petty thief with a thirst for adventure, great sense of humor, and superhuman good looks. His wits and agility help him navigate the trickiest of situations and he always seems to land on his feet. He’s charmed that way. Upon meeting Rapunzel, though, he turns into a more compassionate and generous person. Actor should have a strong sense of humor and compelling rakish charm.
*Also to portray various roles within the repertory.

MOTHER GOTHEL: Late 30’s early 40’s, character vocalist. Rapunzel’s ostensible mother. In reality, she is an old woman who has colonized Rapunzel to use her hair’s magical youth restoring powers. She must hold her captive in order to remain young. Her maniacal desire to hold onto Rapunzel is thinly veiled in her attempts at being maternal and emotionally blackmailing her into staying. Actress should have a sense of gravitas and an arch sense of humor.
*Also to portray various roles within the repertory.

HADES: Male, 25+, 5’11” and above, excellent comedic actor with improvisational skills, smart, funny and quick, rock tenor to a G.

JAFAR/SCAR: Male, 30s, tall, lean, sexy and a bit of a bad boy. Bass/Baritone, with strong falsetto. African-heritage comedic actor. Can play sinister, as well as reveal his softer side. Sings ”Be Prepared” with a Rock Concert approach. Very strong vocalist with wide range. Portrays additional roles within the repertory.

PETER PAN: Male, 20s, 5’8” and below. Energetic with youthful boyish charm. Tenor that moves well.
*This actor will also portray other roles within the repertory.

CIRCLE OF LIFE SOLOIST: Female, 20s- 30s, principal vocalist of African-heritage with a rich, soulful, high gospel belt. Able to bring down the house.
*Portrays additional roles within the repertory.

ELSA: Female, early 20’s, must be fit & trim. Originally voiced by Idina Menzel. Strong powerhouse vocals. Holds herself with strength, confidence and the poise and grace of a queen. She can be regal, yet youthful at the same time.
*Also portrays other roles within the repertory.

Requirements:
Performers must be at least 18 years of age

Some performers may be asked to learn a small movement combination.
We strongly encourage performers from all cultural backgrounds to attend.