The final episode of Boardwalk Empire is about to film and GWC in NYC is casting New Yorkers who are 18+.

The show is calling for Caucasian men and women to portray people on the Boardwalk and on the beach in 1897.
Those cast must be OK with getting an outdated haircut (1897 style) and may also need to have fake facial hair applied. The scenes will film in NYC on the 5th, 6th and 7th and there will be a fitting on the 1st, also in NYC.

This is the final episode of the final season of the HBO award winning drama about corruption in Atlantic City during the 20’s – Some time ago, HBO announced that season 5 would be the show’s final season.  If you always wanted to be an extra on “Boardwalk Empire” and look dapper in that suit… here is your last chance to appear in the award winning show.

The HBO show mixes together historical figures and fictional ones to create the world of “Boardwalk Empire“. The series stars Steve Buscemi as the corrupt politician, Nucky Thompson. The show’s pilot was directed by Martin Scorsese and written by Terence Winter (The Sopranos). 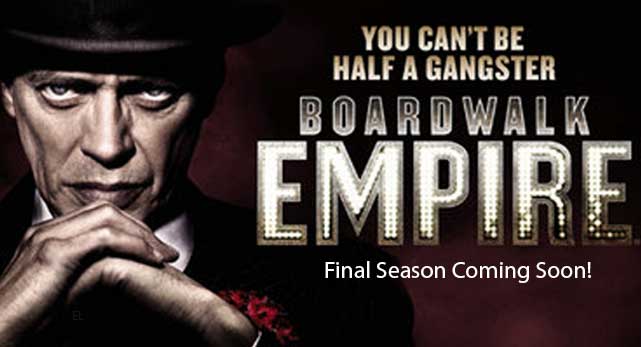 GWC in NY is seeking to fill the following roles:

Seeking NonUnion Caucasian men and women, ages 18 and up, to play 1897 pedestrians at the beach and boardwalk for Boardwalk Empire.

You must have no allergies to wool and should be OK with working around smoke.

Season 5 of “Boardwalk Empire” will hit HBO this fall. It is set to premiere on HBO in September 2014.