The new Lee Daniels drama ‘Empire‘ is now filming in Chicago and the show has a featured role available.

The series is looking to cast an African American body guard type to play the limo driver for the main character. This is a recurring role that will work in multiple episodes beginning next week and running into February.

The series is filming season 1 which will premiere on FOX in a few months. Lee Daniels (“Lee Daniels’ The Butler,” “Precious”) and Danny Strong (“Lee Daniels’ The Butler,” “Game Change”) are behind this production that is described as a sexy and powerful drama. ‘Empire‘ follows the lives of a Hip Hop mogul, his family and his business in the music industry. The series stars Terrence Howard, Taraji P. Henson and Gabourey Sidibe with Terrence Howard taking on the lead role of music mogul, Lucious who is struggling with handing over the reigns to one of his sons after learning that he has a terminal illness. 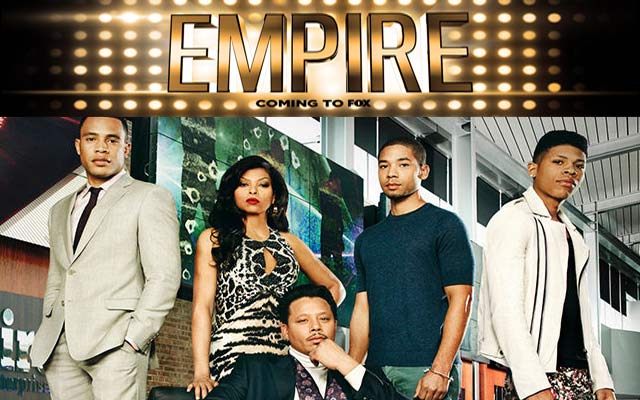 This will work in the Atlanta area. Please only apply if you live in or around Chicago, Illinois.

Searching for a featured role of an African American bodyguard type, male (20’s/30’s/40’s) as the LIMO DRIVER for the main actor on the TV series Empire.
If you are flexible enough to work a few times each episode starting next week through February send your photograph in a dark suit along with your height, weight, age, and phone number to empireVIPS@gmail.com and put “LIMO DRIVER” in the subject line.

You will need to be a good driver.
This is a great featured role!

Searching for early 20’s females, all ethnicities, to cast as the featured non-speaking role of one of the main character’s assistants on “EMPIRE”. We are seeking timid, meek looking, glasses wearing, skinny, actor/extras for this spot. Acting ability is needed as you will need to interact with the main actor. If you can pull this off and are flexible to work when we need you send in a closeup picture of your face, and a full length picture dressed in an outfit as if you are a mousey, conservative dressed, assistant.

We are casting two assistants!

Send photographs to empireVIPS@gmail.com and put “J assistant” in the subject line. Include your height, weight, age, and phone number.
Please include your acting experience