Martin Scorsese and Mick Jagger are teaming up for an HBO project about the 70’s Rock & Roll scene. The show will be filming in New York this summer and the pilot episode will be directed by Scorsese. The pilot is being written by Terence Winter who also worked with Scorsese on HBO’s “Boardwalk Empire“, which is currently filming its final episode.  Set to star in “The Untitled Rock & Roll Project” are Juno Temple and Olivia Wilde.

Casting directors at Grant Wilfley Casting in NYC are looking for Glam and Rock types with crazy hair. The scene will be filming in mid July, but those cast in the show will need to be available for costume fittings toward the end of June.

The show has been in the works for quite some time and is finally beginning production. According to Deadline, The untitled Rock ‘n’ Roll Project is about a hard partying record exec in the late 70?s. The series is set in 1977 during the height of Disco when other music forms such as punk rock and Hip Hop were also emerging. Scorsese is working with Mick Jagger on the project who will also executive produce. 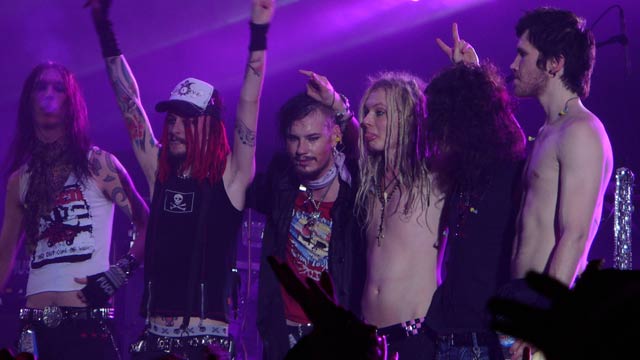 If interested, see the notice below for more information on how to submit.
Seeking Caucasian Men and Women for the HBO Pilot, The Untitled Rock N’ Roll Project directed by Martin Scorsese.

The subject line of the email should say “YOUR NAME, COLORED HAIR”.