Season 3 of Catfish: The TV Show is casting!

So how embarrassed would you like to be on national TV? If the answer is totally then this is for you because MTV’s “Catfish” TV series is now casting!

Are you dating somebody online that you have never met face to face? MTV wants to know all about it and maybe even help you meet your online love in person.

If you are in an online relationship and don’t know what a “catfish” is… well, the producers would really…. really, want to talk to you.

Well here is the definition per wikipedia

On the internet, a “catfish” is a person who creates fake personal profiles on social media sites—pretending to be someone more outwardly appealing than his/her true self, by using someone else’s pictures and false biographical information. These “catfish” usually intend to trick an unsuspecting person or persons into falling in love with them. The term “catfish” is derived from the title of a 2010 documentary film, in which filmmaker Nev Schulman discovers that the 20-something woman he’d been carrying on an online relationship with had not been honest in describing herself.

MTV and the Catfish film’s producers, Schulman and his friend, filmmaker Max Joseph, help couples who have never met in real life. They want to know if the person they have had a seemingly deep emotional relationship with is legitimate or if they are, in fact, a “catfish”. Some couples have been together for a few months—others, for years. 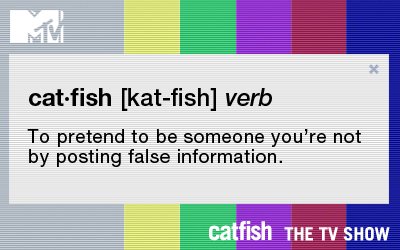 So could this be that person you may be dating? 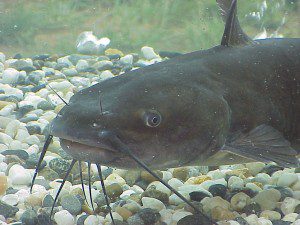 MTV may be able to help you find out!

Nev and Max are now searching for more online relationships, friendships and business partners who have never met or seen each other on webcam.

Are you tired of hearing excuses from your online love about why you can’t meet? Or, are you keeping a secret from your Internet crush that you’re dying to confess? If you think it’s time to find out if your online relationship is true, Nev and Max are here for you.
Click here for MTV’s Catfish Season 3 Casting Application