Vin Diesel stars and produces the project about an immortal witch hunter who must team up with his sworn enemy, a witch, to stop another witch and her coven from releasing an evil into the world.

Vin Diesel’s unlikely witch partner will be played by Rose Leslie who is familiar to all of us that watch ‘Game of Thrones‘. Rose Leslie played Jon Snow’s wildling love interest, Ygritte, last season on ‘Game of Thrones‘. Elijah Wood and Michael Cain have also joined the cast of this supernatural action flick.

The film will be shooting in the Pittsburgh area and all extras cast will need to be able to work in Pittsburgh this fall and Winter. The film is scheduled to begin rolling film beginning late this week and production will continue into early December. The open call is only for adult extras who would like to be considered for the film.

Those who plan on attending need to bring a current snapshot of themselves with their name , contact info and age written on the back. The photos will need to be left with the casting directors and will not be returned. At this time they are only casting adults 18 and over. Those who would like their kids considered for small roles in the future are asked to bring a photo of the child that you can leave with the casting directors. 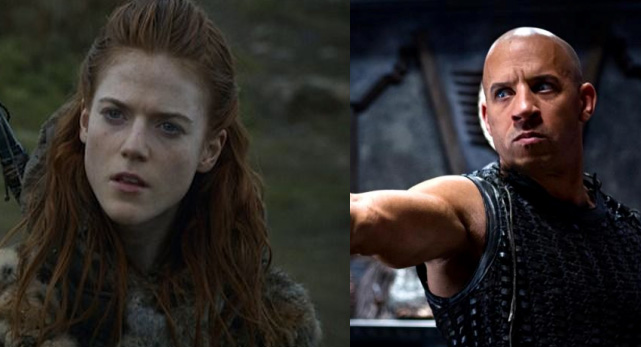 Free parking will be available at the location.

THE LAST PERSON MUST BE IN LINE BY 9PM OR THEY WILL NOT BE SEEN!

Filming is scheduled for Sept 5th-Dec 5th in Pittsburgh. You MUST be able to work in Pittsburgh area, filming will take place weekdays and in all weather
conditions.

At this time 18 and older only! If you’d like to submit kids ages 8-15, please bring a picture and write their name, phone, and age on the back. Pictures will not be returned!
Please NO early line ups or phone calls.

If you can’t attend this open call in Ohio, there will also be another open casting call on the 15th for ‘The Last Witch Hunter’ in Pittsburgh PA.