Featured Extras and general extras are needed in Chicago on ‘Shameless’.

‘Shameless‘ is coming back for another twisted season and Chicago area folks have a chance to be cast in the Showtime series as extras and featured extras.

The shows casting directors at Atmosphere in Chicago are looking for people available to work next week through the end of the month. There are some featured spots available and they are also taking general submissions.

“Shameless” – the twisted and yes, shameless original series from Showtime is filming back in the Chicago area.  According to THR, the show has cast Dermot Mulroney(Crisis) in the new season
Dermot Mulroney will play a recovering addict named Sean Pierce. Sean becomes Fiona’s new manager and the tension will grow when their relationship gets a bit heated. In the last season, Fiona got a new job and now will get introduced to her boss. Guess we’ll have to wait and see how far their flirtations take them. Mulroney will be replacing Jeffrey Dean Morgan, who left the show last season. While this will be a new character on the series he will be replacing Morgan as one of the large male roles.

William H. Macy and Emmy Rossum will return as the poster kids for dysfunction. Macy plays Frank, a hard drinking single father who loves the bars and spending money the family doesn’t have. His 6 kids may be more responsible than he is and maybe even better off without him. The family makes no apologies for who they are but they definitely make for an interesting, funny and shameless TV show.

Please only apply if you are local to the Chicago Illinois area or within a reasonable driving distance.

The show got 3 Emmy nominations in the Comedy category and fans are anxiously awaiting to see where the show goes. Season 5 just began filming and it will premiere on Showtime in 2015.

Casting directors for the show have setup a signup form for those that would like to be cast in the show. You must live in the Chicago area because no travel expenses will be paid.

We are looking for the following…

REAL couple, age 18-19….this will be very featured and MAY require partial nudity.

To submit for any of the above….please send an email to shameless.extras@gmail.com and put the role you are submitting for in the Subject line. Be sure to attach a recent photo and include your name, email address, phone number, and age.

Those who would like to be considered for any open spots as an extra need to see the form below to add their info to Atmosphere’s database of talent.

If interested, fill out the submission form. There is a separate form for kids. 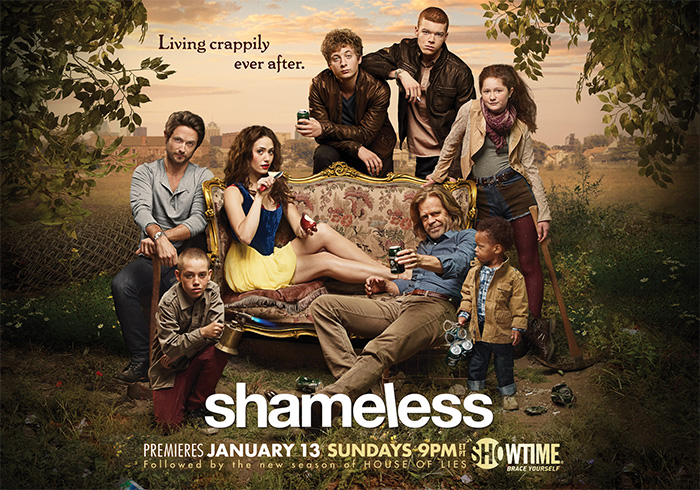 One thought on “Showtime ‘Shameless’ Casting Call for Season 5”