Do you want your shot at a million bucks?

AUDITION FOR MILLIONAIRE are coming to Raleigh, Salt Lake City and San Francisco.

Who Wants To Be A Millionaire is hitting the road! This summer, the highest rated TV game show of all time will be taking auditions to cities across the country. The search is on for America’s next Millionaire and contestants for the 2014 / 2015 season of the show.

Who Wants to Be a Millionaire, also just called “Millionaire“,  is a prime time game /  quiz show based on a similar show in the UK. Contestants audition to be on the show and those that are chosen to participate on the air will test their knowledge in an attempt to win a stunning $1,000,000 grand prize.  Terry Crews will be hosting the new season of the show which will be on air this coming fall.

Millionaire auditions are on and those wishing to take a shot at the prize can come on down to one of the below listed locations to try out for the show. There is no pre-registration or appointments for audition slots. The shows producers will see people on a first come first served basis. Now there are some requirements. You must be at least 18 years old to audition for the show and you must be a legal resident of the United States. 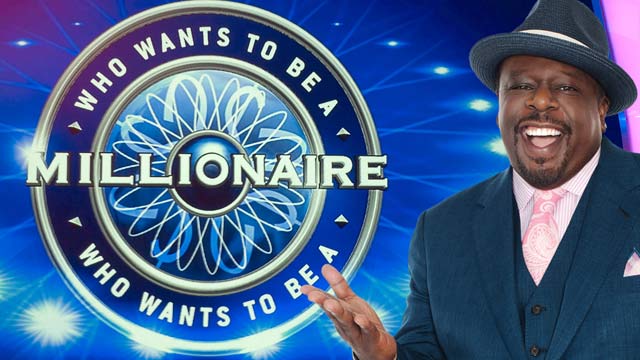 Interested in trying out? The show will be coming to the following locations:

All the above locations will have the following try out times:

You are allowed to show up any time between 7am-10am and 5pm-7pm. There will be multiple testing sessions during those time frames.

People will NOT be allowed to audition if they arrive after the 10:00am or 7:00pm sessions. Audition space is limited. There are no sign-ups for our road auditions, and admission to the audition session(s) is granted on a first-come, first-served basis. 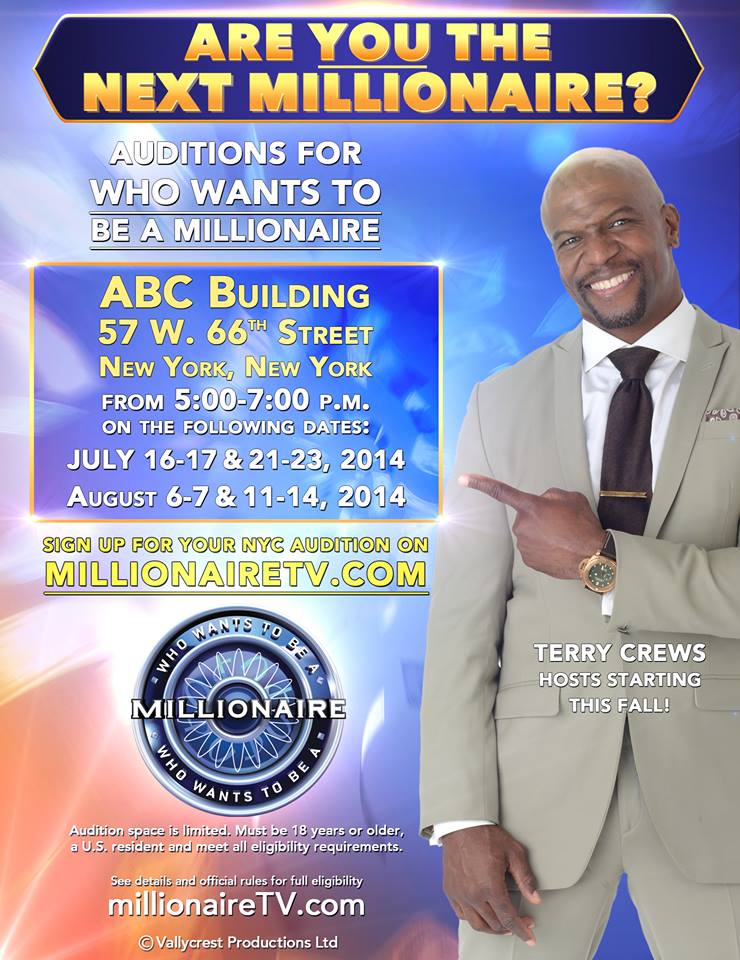 One thought on “Who Wants To Be A Millionaire Casting Contestants”