Adam Sandlers new western, “The Ridiculous Six” is in production in New Mexico

According to the movie / entertainment news site Cinemablend, Warner Bros had considered the project but ended up passing it up as did Sony before it. Netflix has now picked up the film and this will be first Netflix production for Adam Sandler. Also according to the Wrap, “ The Ridiculous Six” is a spin on Westerns such as the “The Magnificent Seven.” Adam Sandler will play man a man who grew up among Indians, Lautner, Schneider, Wilson and Crews will all be playing Adam’s half brothers. Nick Nolte is cast to play Sandler’s long lost father and comedian Whitney Cummings will play the overly flirtatious step mother. Danny Trejo is cast as a gang leader, surely a rough and tough one as are most of his characters and Steve Buscemi plays a local, jack of all trades type of man. The film is being produced by Sandler’s Happy Madison Productions.

Albuquerque residents who would love a chance to get in on the act are welcome to submit their contact information and photos to Lorrie Latham casting which is handling the extras. The film begins filming later this month and will continue production in the NM area into April 2015. 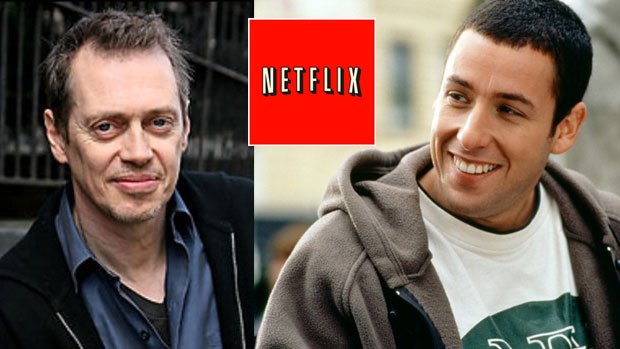 See the casting information below to see how to be considered as a paid extra on this project.

When submitting your info to be considered for background work, please remember to include ALL of this important info:
Where you live: that means the name of the town where you reside.
Your phone number!
A photo without a hat or sunglasses, etc
Height and weight
Age (if under 18)

If you’ve submitted you don’t need to resubmit or re-resubmit….I read every email…all 1500 so far.
thesixextras@gmail.com
Filming starts Feb 23 and goes until April 30. We can call you anytime between now and the end of April!

The film is also looking to cast some mangy dogs! If you don’t want a small part in the Adam Sandler’s new comedy… maybe you can get your pooch in.

Do you have an Old West, mangy-looking dog that is well-behaved, mellow and would be comfortable on a movie set?

Email your contact information; clear, in-focus, unobstructed (no hats/no sunglasses) pictures of YOU and YOUR DOG. Along with your contact info, be sure to include the New Mexico city/town where you live.

All animals must have proof of up-to-date shots/records to be considered.

VERY IMPORTANT: Remember to include where you live