The 3rd season of “Devious Maids” just premiered on Lifetime but the show is still filming new episodes this month.

There is a casting call out for African American kids, boys 7 to 12, to play Deion’s friends in a scene that will be filming on Monday, the 15th in the Stone Mountain area. The show’s casting directors are also seeking adult background actors to play upscale, Beverly Hills types in a restaurant scene filming on the 9th. Please see below for both casting notices.

“Devious Maids”  focuses on the lives of a close knit group of very ambitious Latin maids working in  Beverly Hills. The class warfare gets downright dirty and…. murderous. In Beverly Hills, whoever “has the dirt” may also has great power. In this town where the secrets of the rich and famous are a hot commodity,  power belongs to the maids. Season 2 ended with a wedding being cut short by the sounds of gunshots. Season 3 picked up with the scene and the answer to who was shot. 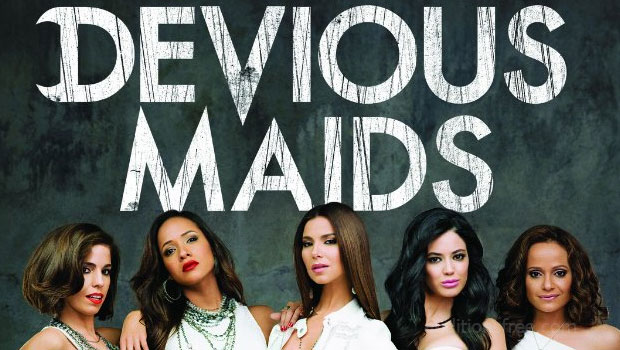 We are accepting submissions for African American boys ONLY from the ages of 7 TO 12 YEARS OLD. Please submit ASAP for our upcoming scene on MONDAY JUNE 15TH.

AT THIS TIME WE ARE ONLY ACCEPTING SUBMISSIONS FOR AFRICAN AMERICAN BOYS.

Devious Maids is seeking UPSCALE, ATTRACTIVE PATRONS and WAITSTAFF, for our upcoming cafe shoot TUESDAY, JUNE 9TH in STONE MOUNTAIN, GA!
Beverly Hills is calling! We’re looking for those hip, hot Beverly Hills and LA patrons, and UPPER-CLASS socialites and brunchers that look like they just stepped off of the Country Club links from Coldwater Canyon!
We need: all ethnicities, physically fit men and women, all ages.

PLEASE SUBMIT:
3 pictures, all stats, sizes, AND measurements along with your name & phone number to:
devmaids3@gmail.com.
SUBJECT: TUESDAY FOODIES
Rate: $58/8

PLEASE include your car’s color, year, make and model in your submission. You never know when we will call for drivers, and drivers always get a pay BUMP.

Be sure to also check out all the other projects now casting in the Atlanta area.