Auditions for the Herriman Arts Council summer musical production of “Disney’s Beauty And The Beast” will be held Saturday, March 28, 2015 from 8am – 1pm at Herriman City Hall, 13011 S. Pioneer St, Herriman, UT. All roles are open. For this production, we are only auditioning those who are at least 14 years old at the time of auditions, except for those auditioning for the role of Chip.

Auditions for the role of CHIP will be held on Thursday, March 26, 2015 from 7pm – 9pm at Herriman City Hall, 13011 S. Pioneer Theatre Company St, Herriman, UT. Children 8-11 years old are open to audition for the role of “CHIP”. You must be at least 8 years old at the time of the audition.

The show will be directed by veteran local actor of over 35 years, Stephen Kerr. Stephen was the director of our five previous HAC productions, serves on the Board of Directors for the Utah Actors Association, has performed at various local and regional theaters, including Pioneer Theatre Company, The Egyptian Theatre, Desert Star Playhouse, and is a regular performer at Hale Centre Theatre including 2014 productions of A Christmas Carol (Scrooge) and Les Miserables (Thernardier).

Call back auditions will be by invitation only Tuesday, March 31, Wednesday, April 1, and Thursday, April 2nd. 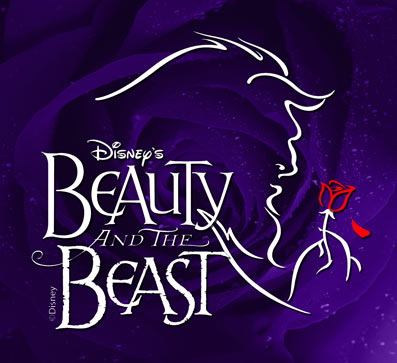 The intent of the Herriman Arts Council is to cast between 30-35 men, women, and one child to play the following roles in our 2015 production of Disney’s Beauty and the Beast.

BELLE (Stage Age: 18-30) Mezzo-Soprano: Low A-High F
Intelligent. Loving. Kind and friendly. A dreamer who wants a life full of adventure. Loves to read and has a vibrant imagination. Bored in her town. Devoted to her father. Townsfolk think she’s odd. Very beautiful. This role requires a very strong singer who portrays innocence with her singing and speaking voice.

THE BEAST (Stage Age: 21-35) Baritone: A–High F (optional A flat)
A figure haunted by his past mistakes. Quick temper and prone to anger. Angry at himself for what he did but takes it out on others. Despite this, he has an inner beauty. Used to be a prince, therefore he is noble. This role requires a very strong singer, and must have a strong speaking voice and stage presence.

GASTON (Stage Age: 21-35) Baritone: A–High F
Very egotistical and in love with himself. The town hero – and knows it. A hunter. Strong. Loves the attention he gets from the town, especially from girls. Quite cruel and malicious – happy to manipulate people and use them, such as Maurice, to get what he wants. This role requires a strong singer and character actor who moves well and not afraid to show off his physique.

LUMIERE (Stage Age: 30+) Baritone: A–High F sharp
Lumiere is the French butler who was transformed into a Candelabrum. He is light-hearted, suave, romantic, smooth-talking, and charming. He has a romantic involvement with Babette. This role requires strong character acting, comedic skills / timing, and he should move well. This character speaks with a French accent.

LEFOU (Stage Age: 18+) Baritone: B–High F Sharp
Lefou is Gaston’s dim-witted, servile sidekick. He goes to extraordinary lengths and suffers repeated humiliation in his efforts to please his master. The actor must be comfortable with physical comedy, and the role requires strong character acting.

COGSWORTH (Stage Age: 30+) Baritone: A–High E
Cogsworth is a tightly-wound, enchanted mantle clock and the head of the Beast’s household. He is a stuffy English man who loves perfection. This role requires strong character acting.
This character speaks with a British accent.

BABETTE (Stage Age: 20’s-40’s) Alto or Soprano: C–C (high C is not a solo)
Babette is a saucy, enchanted feather-duster, and the object of Lumiere’s affections. This role requires good character acting and she should move well, as she dances a tango with Lumiere during Be Our Guest. This character speaks with a French accent.

MAURICE (Stage Age: 40+) Baritone: B flat–High D flat
Despite being a bit scatter-brained, there is no mistaking Maurice’s steadfast love for his daughter Belle. Kindly, gentle, enthusiastic and inventive, he becomes single-minded and determined when Belle faces danger. Maurice and Belle sing the lovely duet No Matter What.

MONSIEUR D’ARQUE (Stage Age: 25+) Tenor: D–High A
D’arque is the creepy, scheming proprietor of the local insane asylum, The Maison De Lune. He doubles as a townsperson.

CHIP (Age 8-11 years old) Boy Soprano: D–High D
Chip is an inquisitive little teacup who is the son of Mrs. Potts. You must be at least 8 years old on the date of auditions for this role.

ENSEMBLE (TOWNSPEOPLE – THE ENCHANTED OBJECTS)
We will cast approximately 20-25 ensemble roles (8-10 men, 10-15 women). The ensemble is very busy, as they are both townspeople and enchanted objects. There are several solo lines in songs like Belle and The Mob Song, and many great dance numbers (Gaston, Be Our Guest, and Human Again). The Enchantress and Young Prince, the Baker, the Baker’s wife, Bookseller, Monsieur D’Arque, Silly Girls are all chorus members. Four to six chorus members will be wolves who fight the Beast. We are also looking for one-two acrobats. To audition for the ensemble, you must be at least 14 years old on the date of the auditions.

All audition information and/or dates are subject to change without notice.

This casting notice was posted by: Herriman Arts Council

2 thoughts on “Audition for Disney “Beauty And the Beast” in Salt Lake City, Utah”