Xavier Cha’s performance-based works concern the body, self, and subjectivity within contemporary culture. She isolates elements of expression and communication, creating bare, abstract, and often illogical experiences. Cha’s new work abduct, consists of short films and live performances which present actors as they battle conflicting emotions. While outwardly (and non-linguistically) expressing an extreme emotion, such as livid rage, a more subtle emotion emerges from beneath the surface, like the corners of the actor’s mouth distorting to suppress laughter. Both emotions function as foreign agents attempting to gain dominance, or hijack the vehicle of the actor’s facial expression and body.

From January 29 – May 8, the Museum of Contemporary Art Cleveland will present the film component of abduct in our second floor Toby Devan Lewis Gallery. The Museum will also facilitate live performances in line with the project over the course of the exhibition.

SEEKING TALENT:
Actors able to express conflicting emotions, with no dialogue.
Ages 18-75.
All ethnicities.
Approximately 5 actors will be selected. 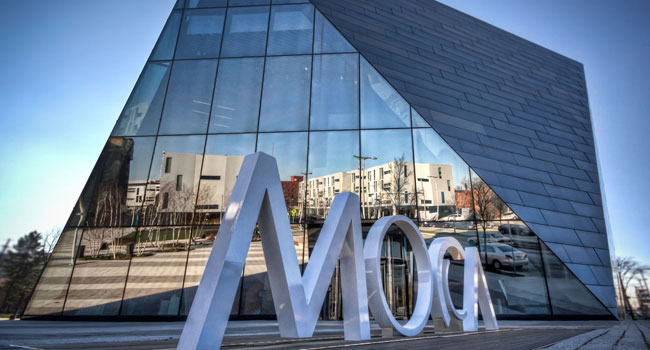 IN THE AUDITION:
Express conflicting emotions simultaneously, one more extreme, the other subtly emerging from beneath the surface. For example (but not limited to), livid rage while the corners of the mouth suppress laughter, or ecstatic joy while the eyes well up in tears of sadness or frustration. The conflicting emotions are alienating to you, uncomfortable to wear, out of your control, like foreign agents battling for dominance over your facial expression. One emotion betrays the other.

REHEARSAL AND PRODUCTION DATES:
Deadline for submissions: Tuesday, November 10, 2015
Auditions: Sunday, November 22 and Monday, November 23, 2015
Final selection of actors: Monday, December 7, 2015
Rehearsals: Tuesday, January 26 – Wednesday, January 27, 2016
Performances: performances will be 10-15 minutes in length, and will take place several times over the course of each day. A final schedule will be determined in line with selected actors’ availability. Each actor must be available for a minimum of 2 performance dates. Potential performance dates include:

COMPENSATION:
Selected actors will receive a $200.00 honorarium, Individual Plus membership to MOCA Cleveland (valued at $65.00), and a copy of the exhibition catalog

ABOUT THE ARTIST:
Xavier Cha’s performance-based works explore the body, affect, and transmission. Incorporating video, performance, and multi-media, she directs actors or participants through focused, controlled scenarios, generating intense expressions. She often works with professional actors and amateur performers. Performances and solo exhibitions of her work have been presented at The New Museum, the Whitney Museum of American Art, Contemporary Art Museum St. Louis, and 47 Canal. She has been featured in group exhibition at Kunstalle Düsseldorf, ICA Philadelphia, the Hammer Museum, and the Lyon Biennale. In 2014 she received the Guggenheim Fellowship in Creative Arts.

TO APPLY:
Please submit a headshot, resume/CV, and link to a reel to abduct@mocacleveland.org by the end of the day on Tuesday, November 10, 2015. Those selected for an audition will be notified by Monday, November 16, 2015.

City or Location of call: Cleveland, OH
Please submit to: abduct@mocacleveland.org by 2015-11-10

This casting notice was posted by: MOCA Cleveland