Full Spectrum Features will be holding auditions for girls 6 to 10 as well as an adult actress in the Chicago area for their upcoming SAG ULB project “The Orange Story“.

February 1942. President Roosevelt signs Executive Order 9066, which authorizes the forced “relocation” of 120,000 ethnic Japanese from their homes and into incarceration camps throughout the U.S. KOJI OSHIMA is the proud owner of a small corner grocery store, but he must leave everything and report to an assembly center. On “evacuation day,” Koji waits in line at the local bus depot, along with hundreds of men, women, and children of Japanese descent. Armed soldiers herd the people forward for processing, tagging, and boarding.

The all-day affair leaves the elderly Koji hot and tired. Curious onlookers and sympathetic friends watch the proceedings. Koji’s spirits are momentarily lifted when he spots a LITTLE GIRL and her MOTHER selling fruit to passersby. But when he tries to buy an orange, the mother refuses to let her daughter sell to Koji, much to his disappointment. After Koji has boarded the bus, he has a final chance to buy some oranges from the little girl, who has run up beside the bus. Koji offers his money to the little girl only to discover that she charges two different prices, one for “Americans” and one for “Japs.” Actors in the project can be union or non as we are operating under the SAGindie Ultra Low Budget agreement. Actors will be paid $100/day. 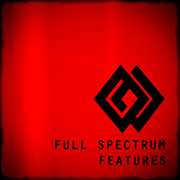 MOTHER
Determined, sometimes comes off as harsh, has been through the great depression and is now a single mother trying to make a better life for her and her daughter. Age 30’s, caucasian

This casting notice was posted by: Full Spectrum Features