“Captain America 3” called “Civil War” is in production in the Atlanta area and the production has just released a new casting call for extras.

Another new casting call has been released for the new Marvel “Captain America”  film. The 3rd installment in the “Captain America” franchise has been releasing extras calls every week and is seeking a variety of types to work as paid extras in the movie. Casting directors are seeking folks who live around the Atlanta area and are able to work as local hires. You can check out the  ”Captain America: Civil War” page for more information about extras casting on the project.

Currently, they need Asian and Hispanic talent that are very toned, fit and have the physique of a boxer for a a scene filming next week and the week after.

The highly anticipated Marvel Studios film will follow the Civil War story line which will find the heroes on opposite sides of each other. Robert Downey Jr. and Chris Evans will reprise their roles and previous announcements have stated that a new Spider-man character will also be introduced in the movie.  ”Captain America: Civil War” will be directed by Anthony and Joe Russo. The movie’s screenplay is written by Christopher Markus and Stephen McFeely. Scarlett Johansson, Chadwick Boseman, Sebastian Stan, Anthony Mackie and Frank Grillo are also part of the cast. 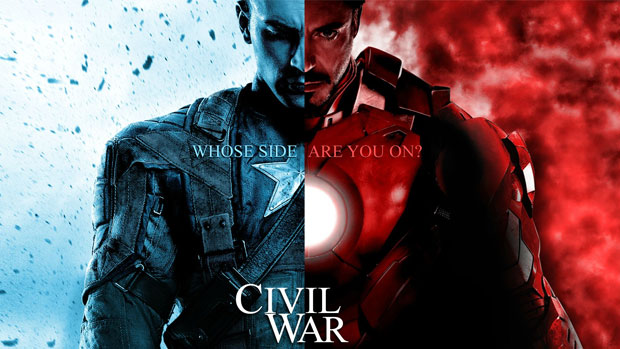 If interested in being a movie extra in Captain America 3, please follow the below instructions for what to submit and email your submissions to:  SPUTNIKEXTRAS@GMAIL.COM

FOR: an Athletic/ physically fit ASIAN or HISPANIC MAN

– AGES 21 – 45 with a very fit/toned physique, think the physique of a boxer.
– ASIAN or HISPANIC
– BALD or willing to shave head (for add’l $)
-No large tattoos on chest, arms or legs

PLEASE SUBMIT TO: sputnikextras@TScasting.com
and put “SPECIAL SOLDIER” in the subject line

Be sure to also check out all the other productions that are filming in the Atlanta area.