Think your dog is a star? He can audition for a role in a stage play.

If you live in Knoxville, Tennessee and have a well behaved lovable pooch your dog may audition for a role in the stage production “Of Mice and Men.”

The Clarence Brown Theatre is currently casting for “Candy’s dog” for the theater’s production of “Of Mice and Men.”  The show will be performed this fall with performances running between September 30 and October 18, 2015.

“Of Mice and Men” is a classic novel written by Nobel Prize winner, John Steinbeck. Published in 1937, it tells the story of George Milton and Lennie Small, two displaced migrant ranch workers, who move from place to place in search of new job opportunities during the Great Depression in California. The work is based on Steinbeck’s own experiences during the 1920s. 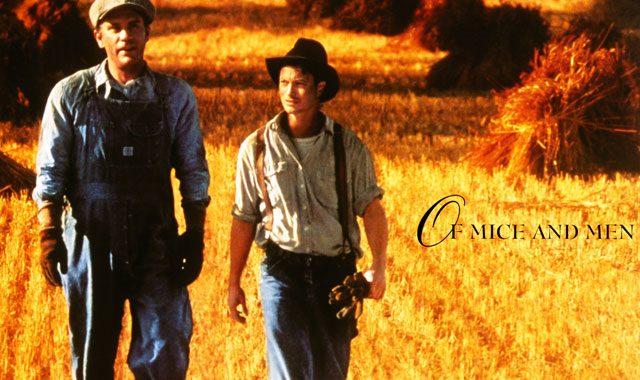 According to the theater’s press release, CBT Artistic Director, Calvin MacLean stated  “We are looking for an old, lovable, scruffy-looking dog who can follow basic commands and is not intimidated by people, especially in a group setting.” In the world “Of Mice and Men,” Candy’s dog represents the fate awaiting anyone who has outlived his or her purpose. Once a fine sheepdog, useful on the ranch, Candy’s mutt is now debilitated by age.

In addition to a photo and bio in the playbill, the winning canine’s human(s) will be provided with a modest stipend to help defray travel expenses along with a parking pass. Its owner should be available to attend a handful of rehearsals followed by more lengthy technical rehearsals and also will need to be on hand during the run of the production, ideally arriving after the performance has started and until the dog’s part in the play is over, about 1 to 1 ½ hours each performance.

The Clarence Brown Theater is a University of Tennessee theater company which performs contemporary & classic plays. The Clarence Brown Theatre at the University of Tennessee Knoxville is one of only 13 academic LORT (League of Resident Theatre) institutions in the nation.  Producing Artistic Director is Calvin MacLean and the Managing Director is David B. Byrd.
musicals to drama.

Folks interested in getting their dog into the act may submit their dog’s picture, their contact info and information about any training their dog has to Shelly Payne at spayne15@utk.edu. The deadline to apply is August 31, 2015. A selection will be made the first week of September.