Denzel Washington and Ethan Hawke will be teaming up for another film… The remake of the classic 1960 western, “The Magnificent Seven“.

“Magnificent Seven” is casting for great western and rugged looks. They will be needing kids, teens and adults for filming this spring and summer. Central casting announced the open call mentioning that they will be needing lots of kids on this one. An open casting call for the film is coming up this weekend in the Baton Rouge area. The open call is for 2 projects that are currently in production, “The Magnificent Seven”  and MTV’s new series based on the “Scream” franchise being called “Hush”.

The open casting call will be held this coming Saturday (9AM to 4PM) at Celtic Media Centre, located at 10000 Celtic Drive, Baton Rouge, LA 80809. If you can’t make it to the open call, you can always stop by the Central Casting offices to register with Central, Louisiana.

The film stars Chris Pratt, Denzel Washington, Ethan Hawke, Vincent D’Onofrio, Haley Bennett and Luke Grimes. According to the IMDB page the film is about seven gun men in the old west gradually come together to help a poor village against savage thieves. “The Magnificent Seven” will be filming in the Baton Rouge area May through August 2015 and is scheduled for a  January 2017 theatrical release. 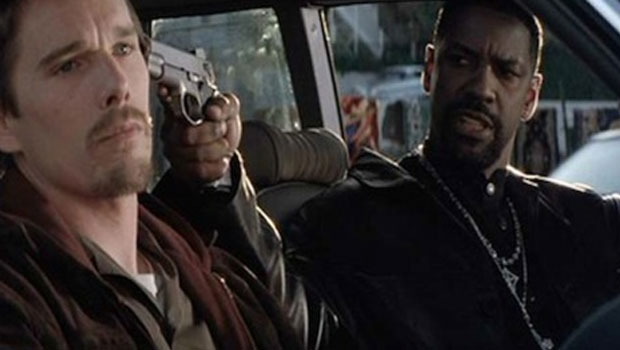 Just a reminder about our open call for The Magnificent Seven! We will be at Celtic Studios in Baton Rouge this Saturday 4/25 and look forward to registering everyone interested in working on this feature, as well as any of our other projects throughout Louisiana.

We are now beginning to show pictures to the Director of Magnificent Seven. We will be casting men & women of all ethnicities with good Western looks and rugged Miner looks. We will also be casting many children for this film. All of the filming will be taking place north and west of Baton Rouge.

Those cast to work on this movie will also have the opportunity to work A LOT! We will have numerous multi-day calls from May-August. Many will be chosen to work 20+ days! So men, grow out that facial hair as this will be well worth it!