We are holding an open call for the production of TRIO, a week-long staged reading festival. 3 plays will be performed twice during the week on alternating days in the week of July 27-August 1, 2015.

The TRIO plays are:

Collected Stories, by Donald Margulies
The conflict between the established artist and the adulatory fan who becomes a protégé, disciple, colleague and friend—and finally threatening rival—is one of those great topics. In the play, a prominent short-story writer Ruth Steiner discovers her student turned confidante turned competitor Lisa Morrison, has cannibalized Ruth’s youthful, painful affair with a tragic poet, for her first novel.

Love Letters, by A. R. Gurney
The piece is comprised of letters exchanged over a lifetime between two people who grew up together, went their separate ways, but continued to share confidences. As the actors read the letters aloud, what is created is an evocative, touching, frequently funny but always telling pair of character studies in which what is implied is as revealing and meaningful as what is actually written down. 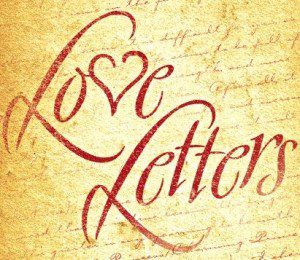 Orestes, by Euripides (abridged)
Orestes is a late tragedy by the ancient Greek playwright Euripides, first presented in 408 BCE. It continues the story of Orestes after the events of Euripides’ play Electra, as he seeks to free himself from the torment of the Furies after the murder of his mother, and to obtain acquittal from the earthly courts for his deeds.
The final piece will exist somewhere between a staged reading and a fully staged production, we are aiming to activate the space of the theatre through the use of color, actor physicality, and musical sounds. If you work well being involved in creative conversations about all aspects of the production, our process may be appealing to you.

Actors should be confident with collaborative process, familiarity with improv a plus. Actors may be cast in multiple roles or cross-gendered, based on ability to inhabit character ranges from serious to comic. All actors should be comfortable singing/intoning within a group or around certain pitches or other musical suggestions. We are not necessarily looking for a high degree of technical polish, and this is particularly true of any role that is not a chorus member. Familiarity with a musical instrument, or confidence utilizing makeshift instruments, a plus.

Rehearsals:
June – July – Times (TBD) Rehearsal locations: Actors should be able to rehearse in Boston (location TBD) or at the MMAS Black Box Theatre in Mansfield.

This casting notice was posted by: MMAS – Mansfield Music and Art Society

One thought on “Mansfield, MA Theater Auditions for “Trio””