A new 20th Century Fox movie is filming in Hawaii and hosting an open casting call for talent of all ages… Kids, teens and adults.

The movies casting directors are looking to fill a variety of roles, some of them reoccurring in multiple scenes. They are also seeking to fill quite a few specialty roles for people with certain skills such as swimmers, paddlers, hospitality workers, athletic types and more. They are seeking folks who have flexible schedules to allow for long days of filming who live around the North Shore area.

The comedy follows two brothers who buy personal ads in an attempt to find dates to take to a wedding. The film is in production this summer and will hit the theaters on July 8th 2016. Zac Efron (High School Musical) is set to star along with “Pitch Perfect’s” Adam DeVine and Anna Kendrick. According to Variety, Jake Szymanski is directing the 20th Century Fox project and Chernin Entertainment and Jonathan Levine are producing. The script is written by Andrew J. Cohen and Brendan O’Brien. 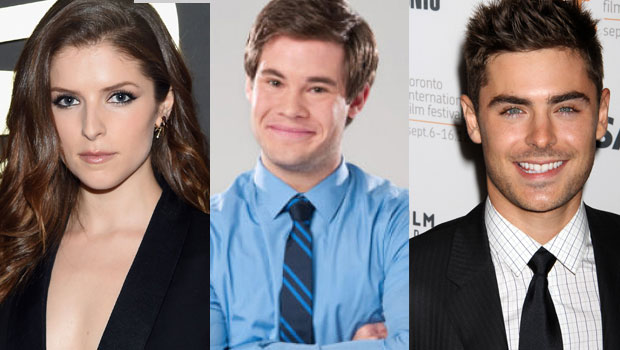 Zac Efron and Adam DeVine have the male leads as 2 hard-partying brothers who are going to a wedding and need dates. To get those dates, the pair puts out an online ad and soon realize that their plight to find dates has gone viral on the internet. Anna Kendrick one of those dates. She plays a wild child that goes with Zac Efron’s character. While the pair of brothers would be considered immature, they realize that their dates have them beat and may even be able to out party the pair.

Twentieth Century Fox will be hosting an open casting call “Mike and Dave Need Wedding Dates” in Hawaii. The event will take place Sunday the 3rd on Oahu.

Those interested in landing small roles in the film can come on down to the Turtle Bay Resort on the North Shore of Oahu on May 3rd from 10 a.m. until 3 p.m.

Casting directors are seeking men and women of all ages,including kids 6-17 years old. All ethnicities are welcome to apply.

Parking will be free at the event. Casting directors are asking attendants to bring a pen, as well as a book or another quiet activity to do while they wait.