Auditions for Survivor are coming to the Erie, PA area and Massachusetts! Are you ready to outwit, outlast and outplay your way to the $1 million dollar prize?

Are you a Survivor fan looking to get in the game? Well if you live near Erie, PA or West Springfield, MA your shot at CBS Survivor is coming up.

The show will be hosting open auditions for those that want to tryout to be on the show in the 2014 and 2015 season.

The show is looking for dynamic, strong-willed, outgoing, adventurous and physically fit individuals that have a personality that reality TV viewers would want to tune in for.

For those who may have been stuck on a deserted island of their own and have never seen the show….. Survivor is one of the longest running reality shows on TV. It takes a group of contestants and splits them into 2 “tribes”. Those tribes compete against each other in physical and mental challenges while isolated at a remote location and having to survive by building their own shelters, fishing, etc. The losing tribe has to vote off one of their teammates until few remain. At a point in the game, the tribes are combined and contestants try to outwit, out last and outplay their competitors. The last man or woman standing gets to walk away from their survival experience with $1 million. 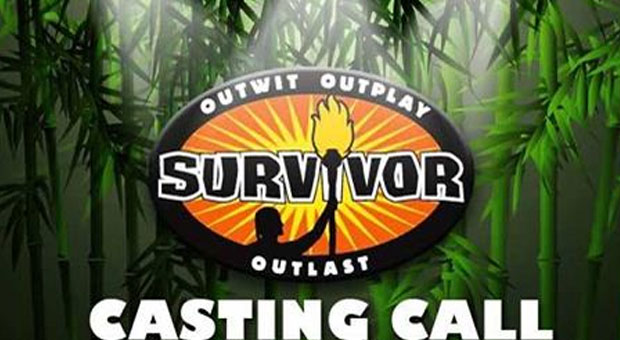 Questions to think about before coming out to tryout for the show:

You must be 18 years or older to audition for CBS Survivor.