Theater auditions in Toronto, ON Canada

The Last Days of Judas Iscariot tells the story of a court case over the ultimate fate of Judas Iscariot. The play uses flashbacks to an imagined childhood, and lawyers who call for the testimonies of such witnesses as Mother Teresa, Caiaphas, Saint Monica, Sigmund Freud, and Satan.

Please keep in mind we want the most DIVERSE cast possible. Every role is OPEN ETHNICITY.

Every character is streetwise, loose and playful. Thats what we’re looking for, no preconceived notions – just playful. Instead of specific character breakdowns we ask that you look at what kind of writing Stephen has done before you submit. Don’t just research this play, look at others.

This will be an equity co – op. Union and non-union actors welcome.

SUBMIT A HEADSHOT AND RESUME TO: lastdays102@gmail.com
Please put who you would like to read for in the subject line. More than one character is fine if you feel you fit. You will receive an audition slot time before March 5th with a breakdown of the audition.

PRODUCED BY THE UNIT 102 ACTORS CO. 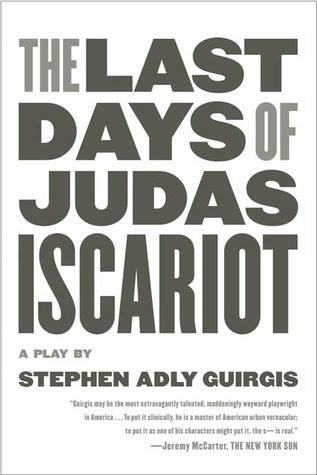