Mordred is a feature film and theatre production, being directed by Laura Jay, one of our founders.

A gritty, dark film, Mordred is an Arthurian-era drama, heavily influenced by the earliest legends of Mordred, who is traditionally seen as King Arthur’s arch-nemesis, and illegitimate son. In the earlier legends, Mordred is much more of an ambiguous character, and not pure evil, as in modern re-tellings, this film tells of the legends, from Mordred’s point of view.

This drama is set in the 530s, against the backdrop of the Saxon invasions, heavily influenced by Celtic legends and Druidic traditions, and the earliest tales of Arthur, and his followers. The film will be made across South West England, with as much use as possible of actual Arthurian locations, and ancient sites, in Devon and Cornwall. The theatre shows will be performed in South Devon (as a certainty) and we will also be looking to perform in Cornwall, as well.

Open auditions will be held Sunday Feb 28, 2016, 4.30pm , Chestnut Community Centre, 1 – 3 Poplar Close, Brixham, TQ5 0SA
Unfortunately we will not be able to accept video submissions. Please visit our auditions page for an overview of what to expect at our castings.

Audition script sides will be available from November onwards, by emailing southdevonplayers@gmail.com, with “Mordred” in the subject line. 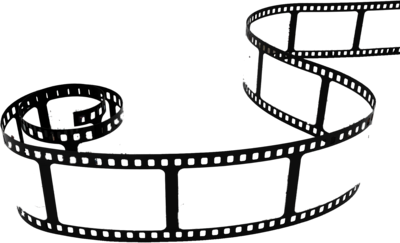 CREW WANTED
We would be delighted to hear from interested film crew – please get in touch with us on email, to arrange a meeting and interview. Previous experience needed on these roles.
Camera
Boom
Sound
Distribution admin
DOP
Editor

ROLES OPEN FOR CASTING IN FEB 2016
Please note that these are selected roles, and not the entire character list, as four roles are already cast.

Main speaking roles open for casting (there will be smaller “two or three line” roles as well, for warriors, courtiers, villagers, which are not listed.)

Most of the ladies will be involved in fight/ battle scenes, fighting alongside the men, especially in the Saxon raids, and at Camlann, and mandatory combat training will take place in Brixham at the community centre for all relevant successful cast. If you have a physical reason that this would not be possible, please email us to discuss first. southdevonplayers@gmail.com

As this a theatre show as well as a film, rehearsals for the stage show will take place on Wednesday evenings and / or Sundays afternoons, at Chestnut Community Centre, 1 – 3 Poplar Close, Brixham, Devon, TQ5 0SA

Warriors (can be male or female, on Arthurs side, and Mordreds side. Male only on Saxon side)
Druids (Mainly good, a couple who are evil, male and female)

This casting notice was posted by: The South Devon Players Theatre & Film Company