Casting performers ages 6-18 to originate roles in a brand new adaptation of Oliver! for Music Theatre International’s Broadway Junior Collection. This production, adapted by Cameron Mackintosh, will have a very brief process and will run December 14-18.

This December, we will be working with Music Theatre International and Cameron Mackintosh on a brand new junior adaptation of the beloved musical: Oliver!
?
Consider yourself at home with Lionel Bart’s classic musical based on Charles Dickens’ novel, Oliver Twist. The Tony and Olivier Award-winning show is one of the few musicals to win an Academy Award for Best Picture and is widely hailed as a true theatrical masterpiece by actors and audience members alike.

The streets of Victorian England come to life as Oliver, a malnourished orphan in a workhouse, becomes the neglected apprentice of an undertaker. Oliver escapes to London and finds acceptance amongst a group of petty thieves and pickpockets led by the elderly Fagin. When Oliver is captured for a theft he did not commit, the benevolent victim, Mr. Brownlow takes him in. Fearing the safety of his hideout, Fagin employs the sinister Bill Sikes and the sympathetic Nancy to kidnap him back, threatening Oliver’s chances of discovering the true love of a family.

We are looking for performers ages 6-18 to help us workshop this updated script and score over a brief 3-week rehearsal process culminating in a full production running December 14-18. 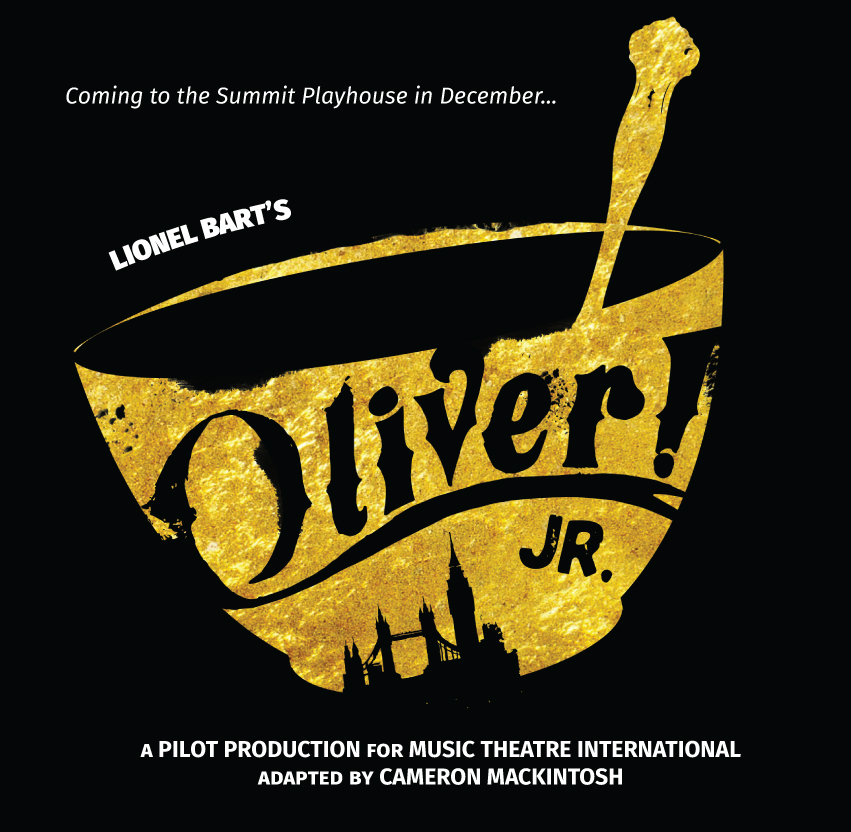 For more information and to submit an audition, visit http://www.thesummitplayhouse.org/auditions.html

This casting notice was posted by: The Summit Playhouse