I Hate Hamlet by Paul Rudnick

Andrew Rally: 20-40’s MALE. Handsome and charming, Andrew Rally is a television actor and star of a recently canceled soap opera. He just moved to New York City from Los Angeles, where he will soon be playing Hamlet on stage.

John Barrymore: 40-50’s MALE. A lengendary actor, John Barrymore, or, rather, his ghost is still quite active (in many ways) and appears to help Rally in the nuances of both acting and love.

Deirdre McDavey: 20-40’s FEMALE. Deirdre is Rally’s girlfriend. She is committed, much to his annoyance, to “saving herself” until they are married.

Lillian Troy: 50-70’s FEMALE. Rally’s agent, Lillian remembers fondly an affair she had with John Barrymore many years ago, in the apartment Rally now lives in.

Gary Peter Lefkowitz: ANY AGE. A cocky, pompous television producer, Gary Peter wants Rally to move back to Los Angeles to film a new television series and can’t understand why he is performing Shakespeare on stage. 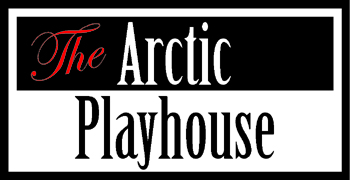 This casting notice was posted by: The Arctic Playhouse