Auditions for Disney’s Mulan live action movie are coming up.

The search is on for a young actress to play Mulan, the lead role in the upcoming live action Disney movie, “Mulan.”

Disney’s Mulan is about a teen Chinese girl living in 7th century China.  Casting directors for the project are holding auditions for a Chinese speaking actress between the ages of 18 and 20 to take on the lead role. Also, there is a talent search on for the male role of Chen Honghui, an Asian male in his 20’s who also speaks Mandarin.  The movie will be filming in China next year between April and October 2017. Actors cast for the roles will be required to relocate to China for the entire shoot. The casting notice states that talent applying must be at least 18 years of age and there will be no exceptions on the age requirements. The notice also states that any martial arts training is also a plus.

The auditions for Disney’s Mulan will be by appointment only and Nina Henninger Casting of San Francisco will begin the audition process shortly. Casting directors are asking that talent interested in the roles send in their photos and resumes ASAP.  Casting directors will then invite talent they are considering to come in for an in person audition.

Mulan (18 to 20) Must speak both English and Mandarin, Chinese young lady who is athletic, quick and tougher than she looks

Chen Honghui (20 something) Must speak English and Mandarin. He is Chinese, handsome, a soldier in the Chinese army who is determined to be the best soldier anyone has ever seen. He is also a bit of a bully and sees Mulan as his rival. 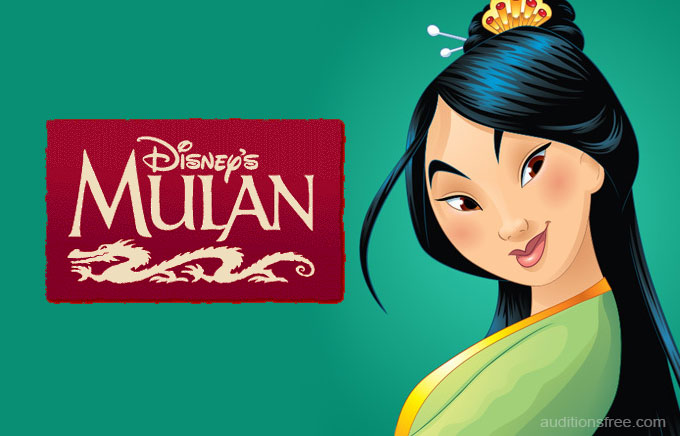 The story of Mulan was created by Robert D. San Souci and is based on a legendary Chinese warrior named Hua Mulan who was introduced in the poem the Ballad of Mulan. In 1998 Disney Pictures released an animated version of the film and followed with a sequel, Mulan II in 2004.

Mulan is the story of a young woman who joins the Chinese military impersonating a man. Mulan, the only child to an old war veteran becomes fearful that her aging father will be drafted into the Chinese military. Mulan comes up with a plan to spare her father of another war and decides to takes his place.  Mulan, as a girl living under a patriarchal regime, she is technically unqualified to serve. She cleverly impersonates a man and goes off to train with fellow recruits. Accompanied by her dragon, Mushu, she uses her smarts to help ward off a Hun invasion, falling in love with a dashing captain along the way.

If you fit the character descriptions for Mulan and would like to tryout for the role, please see the casting notice below for the details on how to apply. 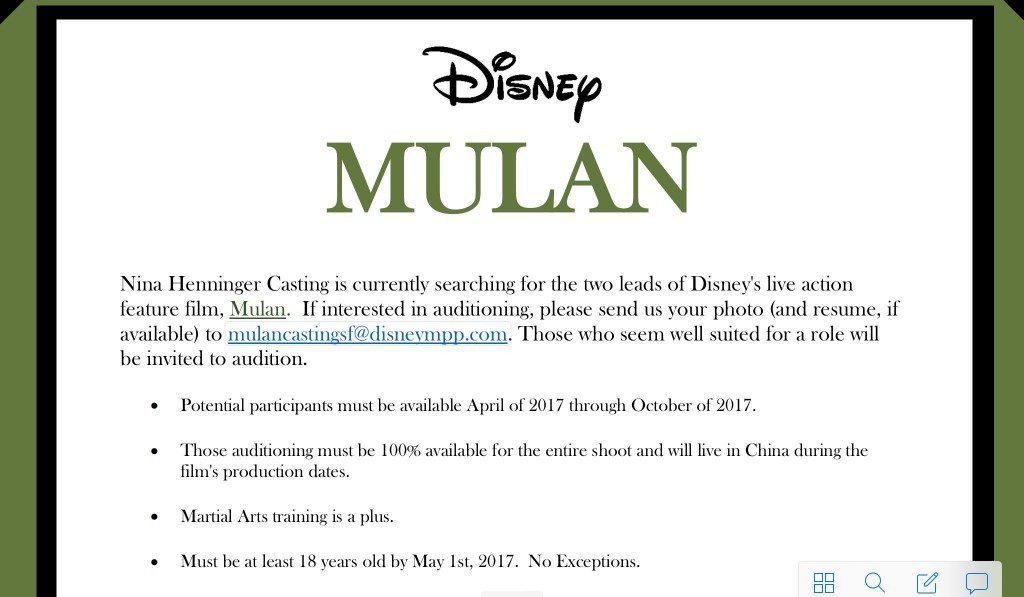 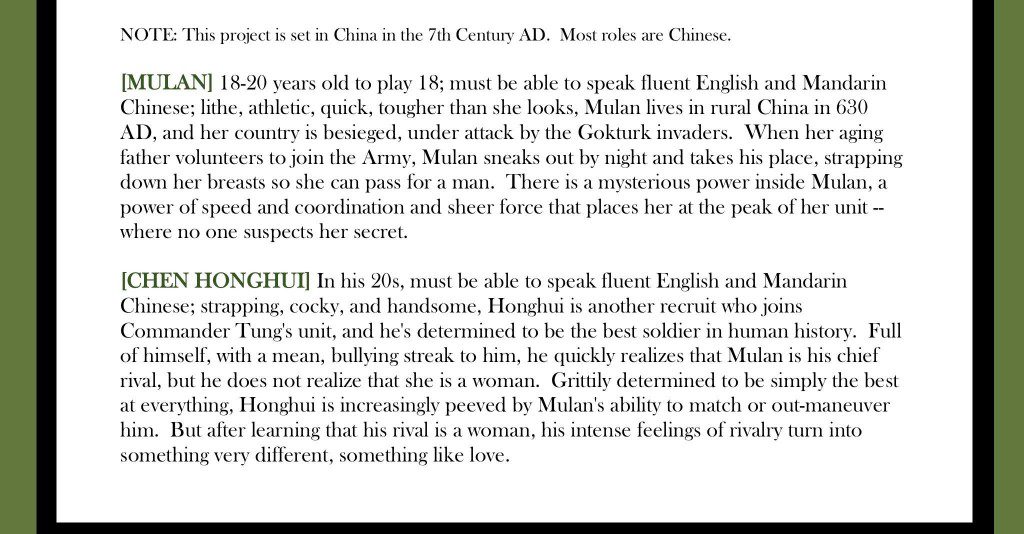