The Disney owned family network, ABC Family, recently renamed from ABC Family to FreeForm is holding an online talent search to find the next break out star.

Here is a chance to star in a brand new show on the Freeform network. The search is on for an actress that is ready to take the lead role in one of their upcoming projects.

Casting directors for Freeform / ABC Family are looking for a young adult actress who is ready to take a lead role in an upcoming show or movie. Disney’s ABC Family network’s re-branding to Freeform formally happened just a few months back on January 12, 2016 and it coincided with the network’s premiere of its popular series, “Pretty Little Liars” which is now in it’s 6th season. To go along with the new name, ABC Family / Free Form announced that they will be expanding it’s original programming and adding new shows to their lineup. Their new fantasy show, “Shadowhunters” which was adapted from young adult novel series The Mortal Instruments also premiered around that time. Other original shows on the network include Pretty Little Liars, The Fosters, Switched at Birth, Stitchers, Kevin from Work, Young & Hungry, and Baby Daddy. 2 new shows, “Dead of Summer” and “Recovery Road” have also been recently added to their lineup. 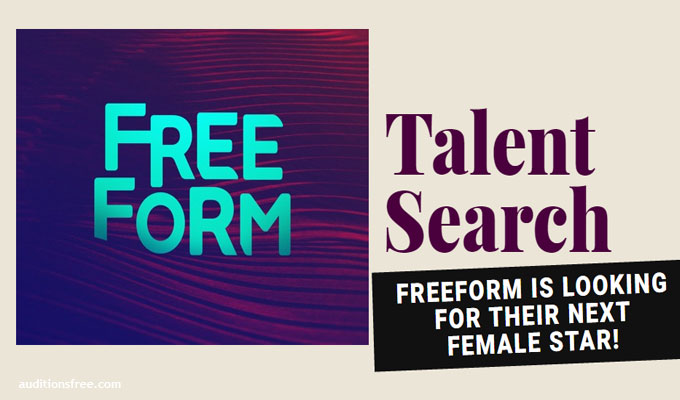 The Disney owned Freeform Network is now creating more new shows and here is a chance for young adult actresses to audition for the lead role in an upcoming TV show or movie. The actual name of the project has  not yet been released. The online casting call is open to female actors between the ages of 18 and 23.

Auditions will be held online and submitted electronically through an online form.  The Freeform audition page is asking that actresses nationwide who fit the the specifications below download the script / monologue, and then create their own audition video of themselves reading / performing from the downloaded script. Actors auditioning are able to select a comedic or dramatic monologue to perform. Interested talent needs to rush it because the deadline to submit your audition video is next week on the 22nd. 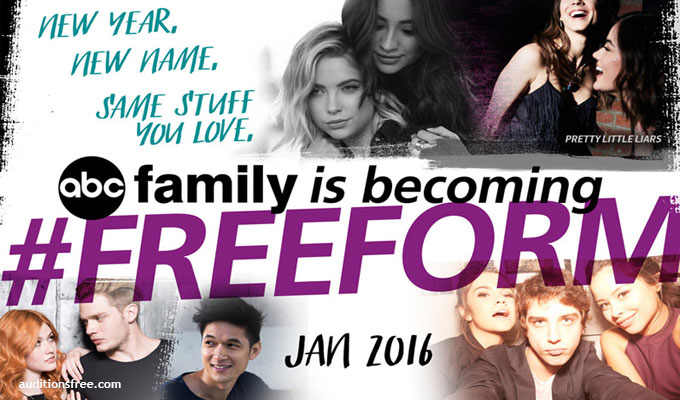 YOUR SUBMISSION SHOULD INCLUDE ALL OF THE FOLLOWING:
1. Introduce yourself: Tell us your name & where you are from.
2. Audition: Choose either the comedic or dramatic role from the choices below, download the recording instructions, and make your video.
3. Deadline: Please submit by 5:00pm PST, Friday, April 22nd.

If interested, actors can see this page for all the details on how to download the script and upload their audition videos.

By the way, Disney Channel and Disney XD are also holding an online talent search for teen actors to star in “High School Musical 4“.