Legion of the Enlightened

Slim- (age 17-21) A boy who has been kept innocent his whole life under the protection of his government given parents. He however is surprised at everyone he meets and their behaviors.

Cloe- (15-19) She is obsessed with Slim and is related to Slim’s friend. She is the craziest and most insane of all the supporting or main characters introduced and doesn’t want anyone getting in her way of having a relationship with Slim.

Shyia- (17-21) She hates weaklings and believes that its her job to weed out the weak on Earth. This puts her into odds with the main character in which she hates extremely though Slim’s friend gets in her way.

Daniel (18-24) A bloodthirsty boy who is like Shyia and has a lot of strength.

City or Location of call: Little Rock, Arkansas
Please submit to: andrelveaseyjr@gmail.com by 2017-02-25

This casting notice was posted by: Andre Lamont Veasey Jr. 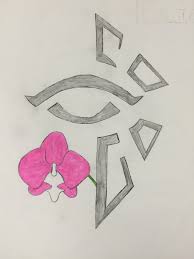