Broadway Musical “An American In Paris” Announces Open Auditions for dancers to join the Broadway production. The production’s casting directors will be coming to Chicago this Friday. Open auditions are for both male and female dancers.

If you are a dancer with your eyes set on Broadway, here is a chance to auditions for a hit Broadway show. Telsey & Company has announced that they will be holding open auditions / casting calls to replace dancers in the show. The Tony Award winning musical is directed by Christopher Wheeldon and is seeking classically trained dancers. Dancers with classical ballet training are encouraged to attend.

An American in Paris  is a  romantic story of a young American soldier, a beautiful French girl and an indomitable European city are at the heart of Broadway’s breathtakingly beautiful new musical, An American in Paris, the four-time Tony Award®-winning production that also earned the awards for Best Musical of the Year from both the Outer Critics Circle and the Drama League. 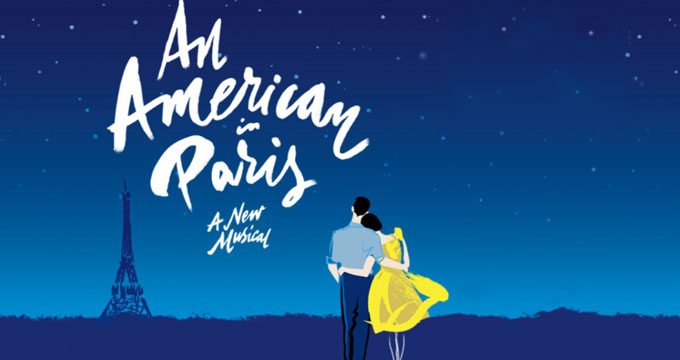 “An American In Paris” is the most award winning musical production of the season – Tony Award® winner Christopher Wheeldon directs and choreographs a remarkable company of 25 international and Broadway virtuosos as they bring the magic and romance of Paris into perfect harmony with Tony Award®-winning orchestrations of unforgettable works by George and Ira Gershwin, including such classics as “I’ll Build A Stairway to Paradise,” “I Got Rhythm” and “The Man I Love.”

Please see the below casting flyer / info graphic for location details and the audition times. 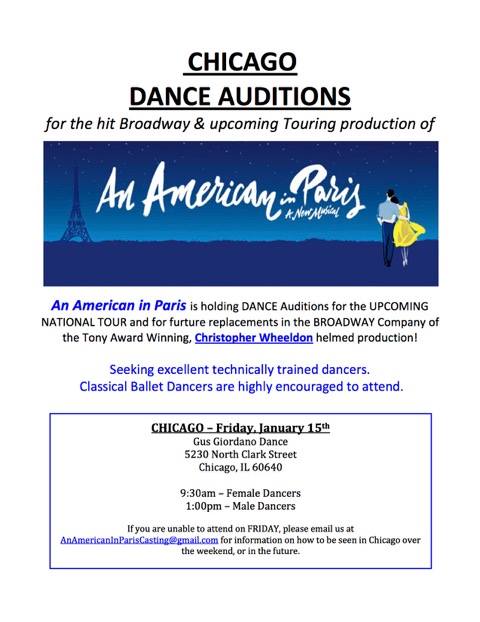 An American in Paris on Broadway, the most awarded new musical of 2015.