The King and I  is a musical by Rodgers and Hammerstein. The King and I   is based on the 1944 novel Anna and the King of Siam by Margaret Landon. The show is inspired by the memoirs of Anna Leonowens, governess to the children of King Mongkut of Siam in the early 1860s.  The British schoolteacher, Anna, was hired by the king. The musical’s plot relates the experiences of Anna and the King’s drive to modernize his country. The relationship between the King and Anna is marked by conflict through much of the piece, as well as by a love that neither can admit.

The musical premiered on March 29, 1951, at Broadway’s St. James Theatre. It ran nearly three years, then the fourth longest-running Broadway musical in history, and has had many tours and revivals including the shows current tour.

The show opened on Broadway this last spring

An article in the New York Times describes the production….. A big, scrupulously detailed 19th-century ship glides toward the audience in the opening moments of Bartlett Sher’s resplendent production of Rodgers and Hammerstein’s “The King and I,” which opened on Thursday night at the Vivian Beaumont Theater. It’s an impressive sight, worthy of every “oooh” it elicits. But its presence wouldn’t count for nearly as much if it weren’t carrying such precious cargo. 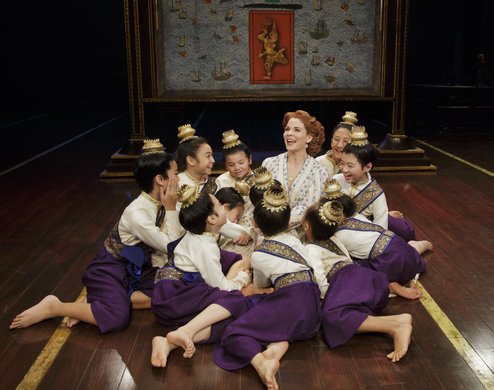 Ensemble Roles – Boys and girls to play ages 5 to 13

Open auditions will be hosted by Telsey & Company in New York City. Please see the casting flyer below for all the details about the open call and what to prepare. 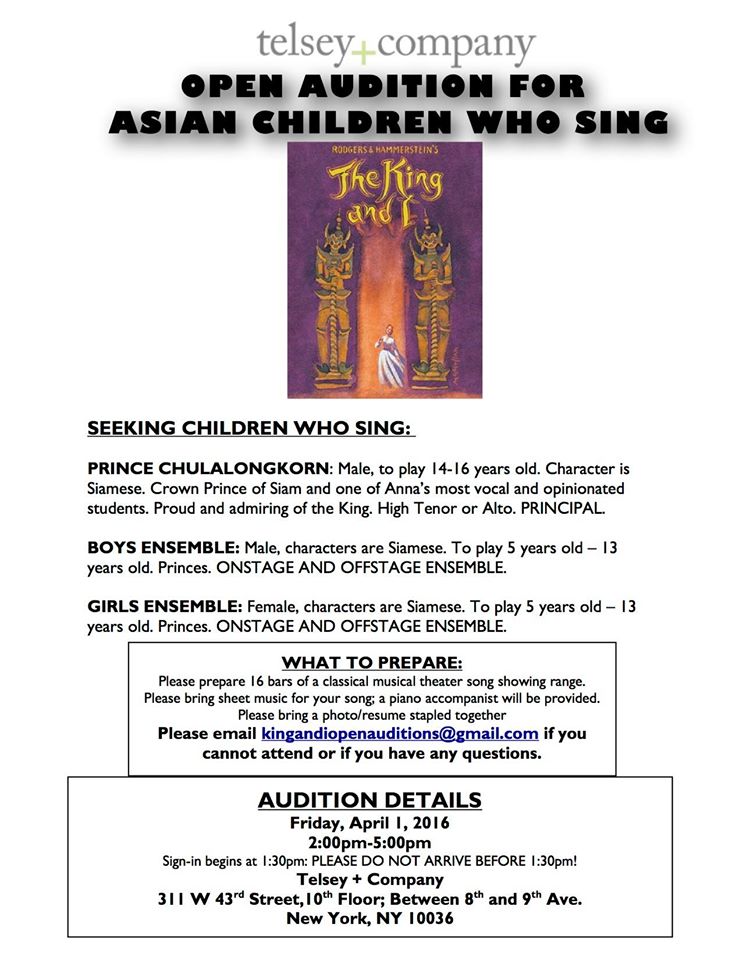 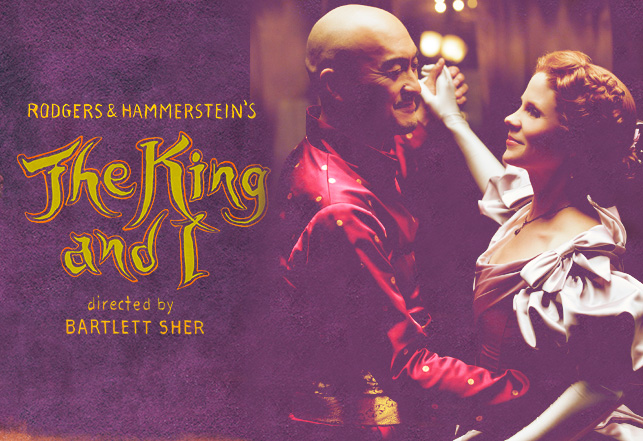